O’Riley going for the Double 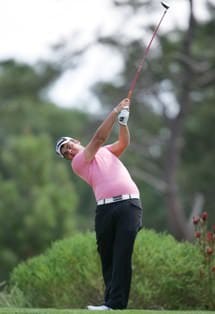 EAST LONDON, 25 February 2010 – South Africa’s 2010 Stroke Play winner Dean O’Riley hopes to add his name to an exclusive list of players when he tees it up at Glacier SA Amateur Championship at East London Golf Club next week.

Since Dale Hayes won the first SA Stroke Play Championship in 1969, only six players have managed to win the elusive ‘double’ in the same calendar year.

O’Riley, the country’s top ranked amateur, hopes to emulate contemporaries De Jager and Blaauw and add his name to the exclusive list.

In early February, O’Riley led the SA Stroke Play going into the final round. The 20-year-old from Benoni Lake Country Club squandered a seven-shot lead but reversed the sloppy start with a strong comeback over the back nine at Pearl Valley Golf Estates to lift the title with a commanding six-stroke victory.

“I am not going to put myself under pressure, because there are too many factors I can’t control,” said O’Riley. “I am hoping for a fun week, good weather and great matches. Hopefully I can win the double, but I am not thinking about that yet. I intend to take it match for match. “

“Ryan is a really good opponent in Match Play,” said O’Riley. “You can never underestimate him. If it comes down to me and him, it will be important to stay focused against Ryan.”

The field of 144 amateurs will contest the 36-hole Stroke Play qualifier on 28 February and 1 March, where after the top 64 players will challenge the 2010 Glacier SA Amateur title from March 2-5. The Match Play stages shall consist of 18 holes on Tuesday, 18 holes in the morning and afternoon of Wednesday and Thursday respectively and the final will be played over 36 holes on Friday.

This year’s winner will receive a spot into the British Amateur at Muirfield from June 14-19 and will play alongside current South African Open champion Richie Ramsay in the 2010 tournament at Durban Country Club.