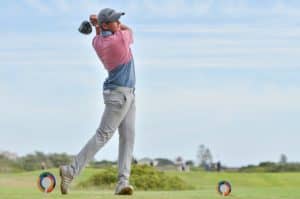 Defending champion Casey Jarvis will spearhead the 140-plus field in the Nomads SA Boys Under-17 Championship at St Francis Links from 2-4 July; credit Ernest Blignault.

As soon as he arrived home after helping the GolfRSA Junior Proteas win the Toyota Junior Golf World Cup in Japan, Jarvis flew to the Eastern Province to compete in the Nomads National Order of Merit Coastal, where he opened with two-under 70.

He chased winner Ben van Wyk in the final round, coming up two shots short with a four-under 68.

Jarvis won the SA Boys Under-13 title in at Royal Durban Golf Club in 2015, took the Under-15 Championship at Kingswood Golf Estate early last year and added the Under-17 title to his tally at Middelburg Golf Club in July.

The 2018 champion will return to the Jack Nicklaus signature course with a boat-load of confidence, but Jarvis could have his job cut out.

A number of juniors put their hands up in the recent weeks. 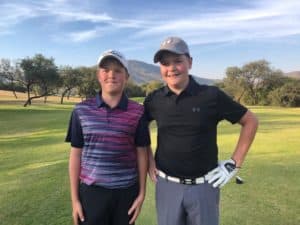 Jordan Wessels from Leopard Park celebrated a national breakthrough with a mature performance at the challenging Gary Player Country Club, where he held off another rising star Michael Ferreira to win the Sun City Under-15 Challenge in a sudden-death play-off.

Pretoria junior Maas was equally impressive as he went wire-to-wire victory at Fancourt to lift the Dimension Data Junior Open title, a victory that catapulted him to second in the Juniors Under-17 rankings.