October leads by one 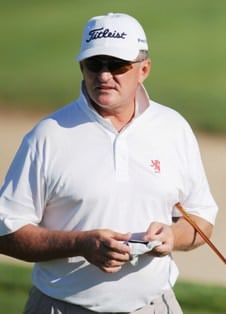 Brian October recorded a five under par 67 to take a one stroke lead after the first round of the 72 hole South African Mid Amateur Stroke Play Championship taking place at De Zalze Golf Club outside Stellenbosch.

Teeing off in Tuesday’s afternoon field, the championship leader, from Paarl Golf Club, enjoyed the best of the sunny weather and the benefits of a golf course drying out after heavy rain which fell over the weekend. He carded six birdies and one bogey.

One shot off the pace is pre tournament favourite, from Modderfontein Golf Club in Edenvale, Steve Williams. He recorded seven birdies today, for his 68, but mixed them with a bogey and a double bogey, giving him a first round score of 68.

Wednesday the second round will be played. There will be a cut to 65th place and ties, on conclusion of the round. All players making the cut will qualify to participate in the final two rounds.