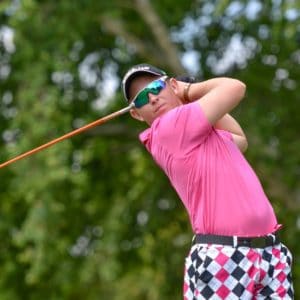 13 December 2017 – Southern Cape and Central Gauteng made the most of moving day in the 2017 South African Under-19 Inter-Provincial while North West threw down the gauntlet with the first clean sweep of the championship at East London Golf Club.

Southern Cape suffered a double loss in the opening round, but revived after a second round bye, the 2014 champions mowed down Boland 9.5 – 2.5 and held off a resurgent KwaZulu-Natal to win 6.5 – 5.5 on Wednesday.

The Garden Route side bagged four points and will be chasing four more against Western Province in round four and Gauteng North in the final round.

Meanwhile Gauteng North was on the receiving end of another Central Gauteng beating.

Central Gauteng began the third round with five points, trailing Western Province and Ekurhuleni – respectively first and second – by one.

The defending champions rebounded from a first round loss and draw with convincing victories over Western Province and Boland in round two. They strengthened their bid to retain the title with a resounding 9.5 – 2.5 victory over Gauteng North and moved into the lead with seven points and a tidy total of 37 game points

Central Gauteng and KwaZulu-Natal, who defeated Boland 7.5 – 4.5, have a fourth round bye.

Ekurhuleni has only played three matches and take on Gauteng North and Boland on Thursday, while Western Province go head-to-head with Southern Cape.

While Border and Limpopo enjoyed their rest day, North West pounced to give themselves a very realistic opportunity to pip the local favourites and earn promotion for the first time.

North West scored a clean sweep in the Foursomes against Northern Cape and opened up a 3 – 1 lead over Mpumalanga.

Thursday’s fourth round will be a humdinger as Border and North West face off after four crucial points moved North West into a tie on eight points with the local team. However, North West will take 41 games points into the clash, against Border’s 31.5.