New names on the WGSA Executive 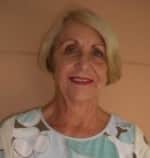 Three new Provincial Presidents were elected during March 2009 and will remain in office for the next two years. Former SALGU President Vaughn Harrington assumed the Presidency of KwaZulu Natal when she took over from Rose Powell at the KZN AGM.

Ria Bestbier retired from the Eastern Cape executive and handed over the reigns to Myrlene Pieterse. Ria now assumes the position of National Girls Love Golf Co-ordinator and will be looking after much of the junior golf in the future. And former Border secretary was elected President of Border Ladies Golf on the retirement of Muffy Parsons. 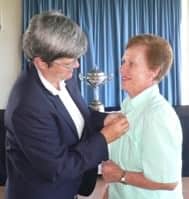 At the end of 2008, Charmaine Fagyas became President of Boland Ladies Golf for the second time. She had been the Union’s secretary during the intervening years. And Marina Stoop, a relative newcomer to golf administration, heads the Limpopo Executive. All five new office-bearers will be attending the WGSA AGM and meetings in mid-April at Royal Cape Golf Club.