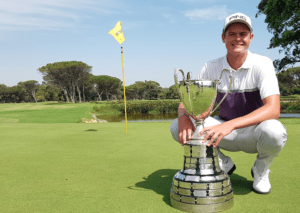 The South African Amateur Championship, considered the marquee events of the women’ and men’s amateur golfing calendar, is to undergo a groundbreaking revamp that will see the men’s and women’s championships being played simultaneously in mid February 2020.

This will mark the first time in the event’s history, dating back to 1892, that both the men’s and women’s SA Amateur Championships will be played at the same time, at the same venue.

“We are tremendously excited to bring the SA Amateur Championship Week to Royal Johannesburg and Kensington Golf Club,” explained GolfRSA CEO Grant Hepburn. “In many ways, this will be a week-long celebration of the unification of amateur golf in South Africa, as we bring the various governing bodies together while enjoying seeing our top golfers play for the biggest titles in the amateur game.

“It’s also a great opportunity to showcase the family profile of the game, because golf is the one sport where people of different genders, ages and abilities can play together and compete on an even keel.” 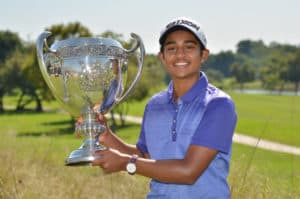 The date shift represents a significant change for the women’s event, which has traditionally been played in April. Womens Golf South Africa President Sally Greasley applauded the announcement.

“We welcome the decision to combine the men’s and women’s SA Amateur Championships at Royal Johannesburg and Kensington for three years starting in 2020.

“We anticipate that the earlier date will encourage stronger international participation in the women’s event, particularly those players coming out of their northern hemisphere winter to come and play golf under our warm sunny skies.

The newly revamped East Course at Royal Johannesburg and Kensington was voted as the best on the continent and best in South Africa at the 2018 World Golf Awards.

As such, it is a fitting venue to host the prestigious event, and the club’s partnership with GolfRSA will see it play host for a minimum of three years.

“During our 128 years of its existence, Royal has played an integral role in the development of golf,” explained CEO Christopher Bentley.

“The club is regarded as South Africa’s ‘Home of Golf’ and the board, members and staff fully appreciate and look forward to the responsibility of being part of this significant step for amateur golf in the country.”

The iconic venue has previously hosted the men’s and women’s SA Amateur Championship on 12 occasions, the last time being in 2008.

“Royal Johannesburg & Kensington Golf Club has been at the forefront of history for more than a century and once again emerges prominently as the host of the inaugural combined SA Amateur Championship in 2020,” commented SAGA president Naadir Agherdien.

“GolfRSA was established as the umbrella body for the amateur game and while many initiatives have recently allowed synergies to be shared between WGSA and SAGA, this will be the first major manifestation of the original intent.”