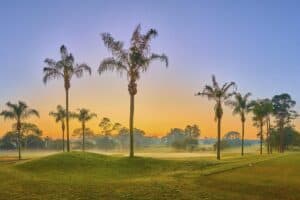 Mount Edgecombe Country Club will host to two of GolfRSA’s flagship events on the South African Swing – the prestigious South African Amateur Championships, as well as the SA Stroke Play Championship – in February 2023.

17 October 2022 – Mount Edgecombe Country Club in KwaZulu-Natal has been announced as the host venue for two of GolfRSA’s flagship events during the 2023 South African Swing.

The combined SA Amateur Championships comprise the Women’s SA Stroke Play Championship, which determines the A- and B-Division fields for the SA Women’s Match Play Championship. The men contest the 36-hole stroke play the Proudfoot Trophy, with the leading 64 advancing to the match play stage of the SA Amateur.

For the last three years, the combined men’s and women’s SA Amateur Championships have been played at Royal Johannesburg and Kensington Golf Club in Gauteng.

“We are delighted to bring the SA Amateur Championships to KwaZulu-Natal and Mount Edgecombe,” explained GolfRSA CEO Grant Hepburn. “It will be the first time the women return to the coast since 2018, and 2019 for the men.

“Royal Johannesburg & Kensington has been an unbelievable venue for the last three years, with the East and West courses providing a true test for all the players. We thank Chris Bentley and his team for the professional way in which they have hosted our most prestigious championships and helped to elevate it to a world-class event.

“The strength of South African golf has always been our ability to play in different conditions and bringing the event back to the coast will present a different, yet equally compelling, test for all the players.

“The two courses at Mount Edgecombe are highly rated and the venue and facilities are world-class. We have no doubt that Desiree Stone and her team will go out of their way to make sure that the 2023 SA Amateur Championships will be a memorable one.”

Originally designed by Sid Brews in 1935, but with subsequent upgrades by Hugh Baiocchi and Peter Matkovich, the par-70 Woods Course provides a strong parklands test, while The Lakes Course, designed by Douw van der Merwe in 1997 has, as its name suggests, water in play on many of its holes. 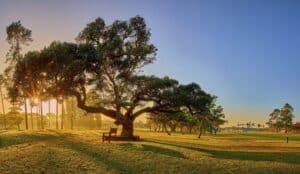 Mount Edgecombe CEO Desiree Stone said the staff and members are looking forward to hosting the cream of South Africa’s rising talent and the international campaigners that flock to South African shores annually to chase world ranking points in these top events.

“Mount Edgecombe is super proud to be bringing the most prestigious amateur event in the country back to KwaZulu-Natal,” she said. “We have hosted numerous professional events, on the DP World Tour and the Sunshine Tour, but we are so excited to have some of the world’s top amateurs playing on The Woods & The Lakes.

“Both our golf courses are in fantastic condition, and we recently upgraded our Clubhouse at The Woods. We know that the players will appreciate both the service and views from The Watershed, and all our other facilities. Hopefully we will get some wind during the tournaments week to really test the players.”

Mount Edgecombe has played host to all three events in the past. The last time the men’s SA Amateur was played at the KwaZulu-Natal course was in 1996, where two very familiar names in South African golf history shared the spotlight.

On GolfRSA’s last visit to the coastal estate, in 2011, local amateur Jared Harvey gave the members and residents of Mount Edgecombe plenty to cheer about when he defeated Scotland’s David Law in a play-off to win the SA Stroke Play Championship.

“After three very successful years on the Highveld, where we broke new ground by hosting the men’s and women’s amateur championships concurrently, we are delighted to bring these prestigious championships back to the coast,” said Henk Smith, President of the South African Golf Association.

As usual, we look forward welcoming many international players to our shores and showing off the magnificent Mount Edgecombe courses and all that the province of KwaZulu-Natal has to offer.” 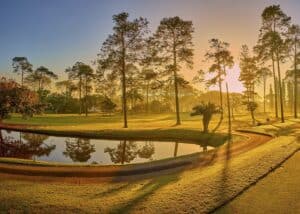 “Over the last three years we have seen a consistent and impressive increase in entries, especially from the up-and-coming generation of girl golfers.  Many have come through our development programme and are shining on the national circuit.  This momentum in women’s golf is exciting for the future and no doubt the SA Amateur Championship will showcase this impressive talent.”