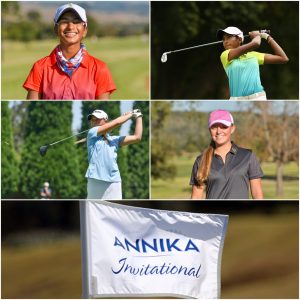 Since the first event in 2009, 45 players have gone on to earn LPGA cards and more than 600 are playing college golf.

The prestigious tournament returns to the Slammer & Squire course at the infamous World Golf Village in St Augustine for the second year in a row, where 72 of the world’s top girls, aged 12 to 19, will do battle in the 54-hole stroke play event from 19-21 January.

The field is dominated by top ranked American Juniors, who will line up against competitors from 15 other countries.

The international field consists of 6 Chinese, five Canadians, a trio of Argentineans, a pair each from Italy, South Africa, South Korea, Colombia and Mexico and single entries from England, Finland, Japan, Sweden, France, Norway and the Philippines.

Among the top players in this year’s line-up is defending champion Angelina Ye, a senior at the IMG Academy in Bradenton, Florida, world number 13 Alessia Nobilio from Italy, the runner-up in the Youth Olympics and World Junior Girls Championship.

Moodley went up against some of the top ranked juniors in the Girls Competition at the 2018 Youth Olympics in Argentina, while Macnab will also have encountered some of this year’s campaigners during the Espirito Santo Trophy at the World Amateur Team Championship in Ireland last year.

Moodley – second in the Womens Golf South Africa Junior Rankings – has been in the United States since last week visiting colleges and arrived at the World Golf Village on Sunday.

“I have had a nice vacation with my family and it has helped, coming from a hot South African summer, to adjust to the winter weather,” said the 17-year-old Bryanston golfer.

“Our official practice round and the Junior-Am Fundraising Tournament is only on Friday, so I hope to get out on the course earlier to have a good look at the layout. Kajal Mistry and Woo-Ju Son, who represented South Africa last year, told us the ball doesn’t travel as far here as it does back home, so I would like to test distances before we start the tournament.”

Third-ranked Macnab is looking forward to her return to the United States.

“As youngsters, Kai and I competed in several US Kids Championships and it was a fantastic learning curve,” said the 17-year-old Serengeti golfer. “We are over the moon to have the chance to compete against some of the best juniors in the world; it’s going to be an incredible week.”

“It’s wonderful to see Cat and Kai star in such a stellar line-up,” Greasley said. “This event is one of the premier tournaments on the American Junior Golf Association schedule and we are extremely grateful to the Annika Sorenstam Foundation and the AJGA for affording the WGSA an opportunity for a second year running to give two of our top juniors this opportunity.

“We embrace every invitation for our juniors to compete abroad, because you cannot put a price on the experience they gain from testing themselves against their peers abroad. They will meet and learn from Annika Sorenstam, who is arguably the most successful female golfer of all time and is very involved in the event.

“Annika personally meets all the players at the welcome dinner and interacts with them throughout the tournament. She hosts a clinic after their official practice round and this year will address the rules changes with the field. On Sunday, she will present some of the segments of the “More Than Golf” seminar, which covers nutrition, fitness, media relations, course management, as well as the college admission process. And she is always at the 18th green at the end of play.

“I believe her personal touch goes a long way in instructing the juniors on etiquette, how to interact with sponsors, the importance of giving back to golf and setting an example for the young girls just starting in the game.”

The field will also attend the Callaway Golf Junior Amateur Awards reception and dinner, hosted by the World Golf Hall of Fame.