Mixed results for SA players at The Amateur 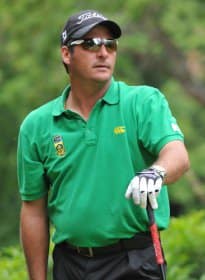 Five South African golfers teed it up at the 2010 edition of The Amateur Championship being played over the Muirfield and North Berwick golf courses just outside of Edinburgh, Scotland. While some of the SA players remain comforatbly in the running to make it into the match play (top 64 and ties qualify) other players need to pull have the round of their lives.

The low SA score came from, the 2010 Northern Amateur champion and SA Zone VI team member, Thabo Maseko who put together a one over score of 72 on the North Berwick course. Maseko is in a tie for 73rd place with a round to still be played on the longer and tougher Muirfield course.

Ryan Dreyer and Tyrone Ryan, both members of the SA National team that played against France a few weeks ago, recorded scores of 73 and are two shots out of the top 64.

Dreyer had a frustrating day on the Muirfield course. He was 5 under par and was playing what could have been the round of the day over the Muirfield course before he bogeyed the 14th hole and then followed that up with a par, bogey, quadruple bogey, bogey finish. Dreyer’s 73 was still a respectable total and leaves him in the hunt to make the top 64 as he has a shorter North Berwick course left to play.

Kenny Goosen and Rae Mackie, both from Gauteng North, recorded scores of 77 and 80 respectively over the Muirfield course and need two sublime rounds today to have a chance of playing any further part in the championship.

2010 SA Amateur Laurie Canter of Saltford, England continued with the form he has showed this year and recorded a 68 on the North Berwick course and finds himself in a share of 5th place going into todays final round of stroke play.