Mission impossible for the SA Team 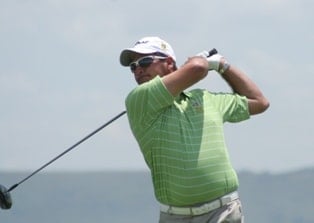 The South African amateur golf team need to win every singles match this afternoon if they want to win the Test Match against France being decided today at the Gardener Ross Golf and Country Estate outside Johannesburg.

In the morning session, of the final day of the two day Test Match, the host nation did well to win two of the three betterball matches to ensure that there remained a glimmer of hope, all be it a most unlikely glimmer, of resurrecting a favourable result from a desperate position.

South Africa started the day five points down, having ended the first day with two points to France’s seven. With nine points to play for today, and with France only needing two to ensure they hold onto the trophy they won last year, South Africa’s two point haul of this morning, means the French team have some work to do in this afternoon’s singles.

This morning Ryan Dreyer, the South African team captain, and his partner Brandon Stone beat the French pairing of Clement Berardo and Clement Sordet thee and one. Ruan de Smidt and CJ du Plessis beat Julien Brun and Thomas Elissalde, of France, two and one.

Daniel Hammond and Riekus Nortje lost their game to the strong French pairing of Alexander Levy and Edouard Espana, three and two. 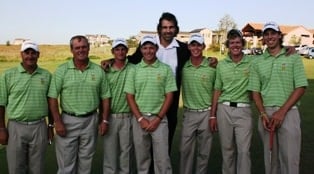 Going into lunch the match standing had the French on eight points, four clear of the South African team.

With yesterday’s singles white wash of the host nation by France, the scales are tilted favourably on the side of the visiting nation in the afternoon singles. With just one point required to hold onto the trophy, two to win the Test Match, France go into the singles with their tail up. South Africa, on the other hand, will be looking for a sporting moment that they will never forget, that is to win all six singles and make something of what appears a hopeless position.