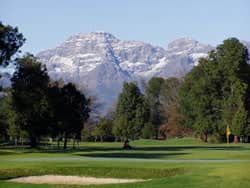 Dewald Smit and Dylan Frittelli shot matching 63s in the final round of the Boland Amateur Open to end Cameron Johnston’s run of victories.

Cameron Johnston led by 9 shots going into the final round at the Boland Amateur Open at Paarl Golf Club on Wednesday. He showed a chink in his armour in the last round with a closing 79, this was surprising after he has just come off winning the last two stroke play events in dominant fashion. Johnston’s closing round opened the door for others to catch him and Dewald Smit and Dylan Frittelli took the chance in posting the low rounds of the tournament in the final round of the tournament.

Dewald Smit lifted the trophy on 280 (8 under par) followed by Dylan Frittelli on 282.

Keenan Davidse had his best finish of the year on 3 under par and in third place followed by Cameron Johnston in fourth place.