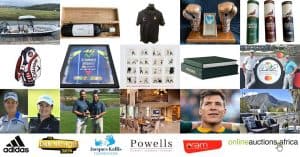 We would like to extend a heartfelt thank you to all the participants of our first live online auction on the 1st of July.

It was definitely not your usual auction and, despite the economic pinch everyone is feeling due to the ongoing lockdown, we were able to raise nearly R300 000 to boost the GolfRSA Help Fund, aimed at supporting our caddies and casual workers who continue to be affected by the Covid-19 pandemic.

A big thank you to onlineauctions.africa for hosting this one-of-a-kind experience, and our two auctioneers – Philip Powell and Dan Nicholl.

Thank you to everyone who donated to the auction and who supported South Africa’s caddies and casual workers!

Here’s your chance to get your hands on a limited-edition 2018 US Open tour bag PLUS a fitted set of Callaway Mavrik irons, kindly donated by SA Open champion Branden Grace, in collaboration with Callaway,
The total value of this auction lot is estimated around R40 000. 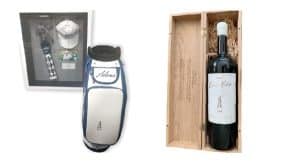 In this impressive lot, you can bid on a signed Ernie Els tour bag, together with signed and framed personal memorabilia of Ernie’s from the 2014 Open. Also included is a limited edition magnum of Ernie’s Signature Wine commemorating his 2012 Open Championship win at Royal Lytham & St Annes. Kindly donated by David Greenberg.

A four-night stay for up to 10 people at the five-star Umganu Lodge featuring a fourball at Leopard Creek, a trip to Care for Wild’s Conservation Centre, plus a selection of fine wines and a voucher for food and beverages worth R20 000. The total value of this lot, kindly donated by former England cricketer Kevin Pietersen, exceeds R120 000.

Now in the top 50 in the World Ranking, SA’s Christiaan Bezuidenhout is kindly offering a round of golf at Ebotse Links to the highest bidder. You and two mates can join the reigning Dimension Data Pro-Am champion for an all-in Ebotse experience hosted by Grant Veenstra – renowned coach of Christiaan and many other top golfers. This lot includes full golf package, Adidas goodie-bag and a signed memento by Rambo. 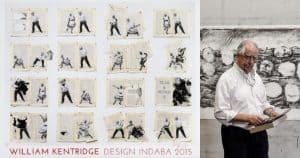 Art Lovers – this is your chance to own this incredible limited edition print ‘Refuse the Hour’ by celebrated South African artist William Kentridge – number 26 of only 50 – donated by Design Indaba and signed by the artist himself.
About the Artist
William Kentridge is a South African artist, performer, and filmmaker, best known internationally for his animated drawings which are centrally focused on the theme of social justice – with a particular focus on the pre- and post-apartheid era in South Africa. The artist’s signature style consists of expressive, gestural drawings created with black charcoal and ink.
Kentridge’s works are held in the collections of the Tate Gallery in London, the Goetz Collection in Munich, The Museum of Modern Art in New York, the Art Institute of Chicago and the Zietz MOCAA in Cape Town amongst others.
About the work
An evocative series of charcoal and ink drawings taken from The Chamber Opera presented at the Design Indaba Festival 2015.
As a long-time friend and Design Indaba collaborator, Kentridge used his signature style to create a limited edition art print consisting of a self-reflection; depicting himself in his signature white shirt and black pants along with South African dancer Dada Masilo, who features in Kentridge’s “Refuse the Hour” and “The Refusal of Time” exhibitions.
It is a digital pigment print on archival cotton rag paper (900 x 727.8mm) and is a limited run art print with only 50 prints produced. Artist Accolades Kentridge has garnered international acclaim for many of his works, most notably a short film series ‘9 Drawings for Projection’ (1989–2003), his solo exhibition “Thick Time” which featured at the White Chapel Gallery in London, as well as several self-directed operas.
Golf Experience with Ashleigh Buhai & Nicole Garcia at Royal Johannesburg & Kensington 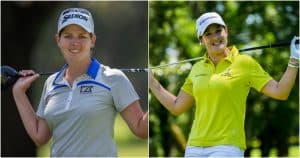 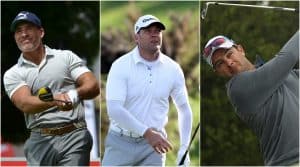 Your chance to bag a dream round with some of South Africa’s most outstanding sports stars.
Bid on a round of golf AND a wine tasting experience with World Cup-winning Springbok Schalk Brits at De Zalze Golf Club, or tee it up alongside SA cricketing legend Jacques Kallis and current Proteas head coach Mark Boucher at Steenberg Golf Club – this offer also includes accommodation, meals, a wine tasting and a spa experience for golfing partners!

A 2-night getaway for 4 at Le Petit Bijou, plus wine tasting

The ultimate breakaway…. a two-night stay for four at the stunning Le Petit Bijou boutique apartments in the centre of Franschhoek Village PLUS a private half-day wine tour with La Rochelle Wine Tours, including all wine tastings.

If you have any items that you would like to donate to the #GolfRSAHelpFund, please contact Selwyn Eagle at seeagle@telkomsa.net or Paul Adams at paul@golfnotions.co.za.