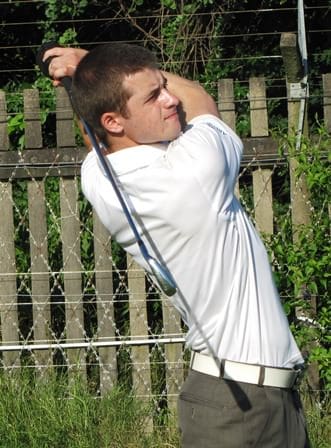 David Law of Scotland found his putting rhythm and romped away from his pursuers to take the first round lead of the South African Amateur Stroke Play Championship on Tuesday.

The former Scottish Amateur champion made the best possible start to his tournament with an impressive opening eight-under-par 64 at the No 1 course at Mount Edgecombe.

Law is one clear of Alexander Levy of France, who took advantage of his early start and went on a shopping spree of his own with a 64.

Law wavered only briefly when he bogeyed the par-four second, but demolished the field with an ace, an eagle two and five birdies.

The wave of good form could not have come at a better time for Law, who won the Scottish boys and Scottish men’s Amateur match-play double 2009, but spent four months out of the game due to injury last .

“I broke a knuckle in my right hand and was out for three months and another injury that kept me out for another month, so it was a real stop-start season for me,” said the 19-year-old from Aberdeen. “It’s great to be playing like this again.”

The Scotsman holed a 20-footer across the green for eagle at the par-five 12th, then holed out for an ace the par-three 14th.

Levy, the anchor of the winning French Team at the 2010 World Golf Amateur Championship, proved a tough nut to crack in last week’s Test against South Africa at Gardener Ross Golf and Country Estate and his recent vein of fine form looks to continue.

The Frenchman strung together loops of 33 and 32, including eight birdies offset by a lone bogey. He said he simply stuck to a well-laid plan during his round.

“I stuck to my game plan,” explained Levy. “I had a strategy for every hole and played very well with the wind. I worked hard on my pitch shots and they went exactly where I wanted them to go.

“I attacked only when it would work and played safe where I needed to. It’s a good start to the tournament.”

France’s number one player worried the coastal greens would get the better of him after Monday’s practice round, but his putter behaved exceptionally well, especially when holing a 30-footer for birdie at the 16th.

“The greens, perhaps I understand them better today,” he said. “Or perhaps I just get lucky.”

South Africa number one Van Tonder was pretty impressive and had the upper hand when he turned in five under, but two drops on the home stretch set him back.

“I took a couple of wrong options and it went against me,” he said. “I’m satisfied with how I played, but going forward I will have to eliminate the mistakes to catch Alex.

“That was the difference today; he executed well and I didn’t.”

Local favourite and club champion Harvey was in two minds about the 69 he produced at the course he knows so well.

“It wasn’t pretty,” said Harvey, who stuck to pars for six straight holes before collecting his first birdie.

“I was hoping for an easy start but it was pretty scrappy over the first couple of holes. The birdie at the seventh settled me down.

“I’m pretty happy with my score, with some of the shots I produced and saves I made, considering how erratic I played.”