Kwazulu Natal are back in the hunt 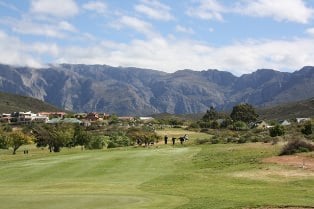 Kwazulu-Natal, defending champions in the South African Mid Amateur Inter Provincial Tournament, beat host province Boland to put themselves back in contention to win this year’s tournament being played at Worcester Golf Club.

The two teams that dominated the first two days of the A Section, Western Province and Ekurhuleni, both lost on Wednesday. Playing in an icy strong wind Western Province succumbed to Central Gauteng (3½ to 8½) and as did Ekurhuleni going down to Gauteng North (5 to 7).

Kwazulu Natal now have four points, the same as Western Province and Ekurhuleni, but thanks to recording the most games won, they head up the A Section log.

In the B Section log leaders after two rounds, Eastern Province, had the day off . Mpumalanga took on Limpopo and Southern Cape, beating the former 8½ to 3½ and halving the second match. With seven points, from four matches, Mpumalanga are leading the B Section log by one point from Free State and Northern Cape and Limpopo.

The penultimate round of the tournament will be played on Thursday.