Cameron Johnston, a member of Milnerton and stalwart of the Western Province Inter-Provincial team, played superb golf over the weekend to lift the trophy at the Cape Province Amateur. With consistently good rounds of 69-69-68 (10 under par), he held onto the lead to claim the win, by 2 shots, from Johan de Beer of Pretoria. 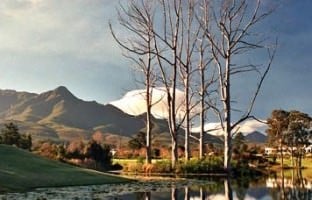 Heavy mist at the beautiful George Golf Club this morning led to the event being shortened to a 54 holes event (this is the third time this season that this has happened). This all but ruled out the chance of the SA Amateur and SA Stroke Play champion Jacques Blaauw making a charge up the leaderboard for another title (Blaauw shot a third round of 73 Blaauw which moved him into an 18th place finish).

Derik Ferreira and Dylan Frittelli (SA’s No.1 & No.2) had solids finishes again in 7th and 5th place respectively.

First round leader Alpheus Kelapile bounced back after a 76 in the second round to finish in a credible 8th place.