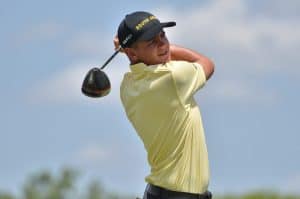 30 October 2020 – South Africa’s leading amateur Casey Jarvis will be rubbing shoulders with the cream of the Sunshine Tour and European Tour after the GolfRSA National Squad member received an invitation to tee it up in the prestigious Alfred Dunhill Championship at Leopard Creek.

The R29-million event will be played from 26-29 November, a week before the 17-year-old Jarvis will lead the amateur challenge in the South African Open Championship at Sun City.

First, he eclipsed a 51-year-old record set by the renowned Dale Hayes and became the youngest winner in South African Stroke Play Championship history at 16 years, 6 months and 17 days. 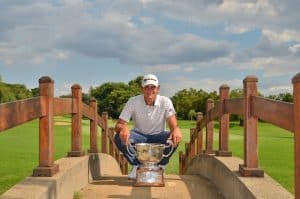 A week later, not even a two-hour delay due to dangerous weather in the 36-hole final of the Aon South African Amateur Championships could halt his relentless charge towards another place in golf history.

The Boksburg teen scored a comfortable 7&6 victory over Scotland’s James Wilson at Royal Johannesburg & Kensington to achieve the rare SA Amateur double, becoming only the seventh amateur to achieve this rare feat since the SA Stroke Play Championship separated from the SA Amateur in 1969.

Jarvis surged to the No 1 position in the GolfRSA Open Amateur rankings at the start of the 2020 season with successive victories in the Free State and Gauteng North Opens and cemented his billing as one of the leading young stars with his performances in the South African Golf Association’s flagship events. 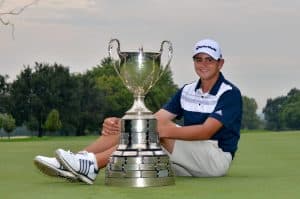 The nationwide lockdown abruptly shut down the 2020 season, but as soon as golf was re-opened and tournaments started, the State Mines golfer picked up where he left off.

He won twice on the IGT Challenge Tour – first at his home course in August, and again at Wingate Park Country Club in September. He followed a top 10 in the GNGU Silver Salver at Irene Country Club with a top 10 in his first appearance on the Sunshine Big Easy Tour in October.

Jarvis hopes to take a leaf out of his former Ekurhuleni team-mate Jayden Schaper’s book.

The GolfRSA National Squad member made the most of his invitation to compete at Leopard Creek last year to tie for 42nd and, a fortnight later, impressed with a top-six finish in the South African Open Championship at Randpark Golf Club.

“We are privileged to play the African Amateur Stroke Play Championship at Leopard Creek every year. It is an incredible test of golf and one of my favourite courses in the world,” Jarvis said.

“The chance to play with the pros and to watch and learn and study their course management and execution is a massive opportunity and I am incredibly grateful to Mr Johann Rupert for giving me a chance to experience all of this in the Alfred Dunhill Championship.” 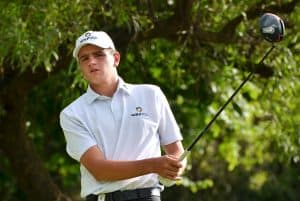 GolfRSA CEO Grant Hepburn said the invitation for Jarvis to join such an elite field at Leopard Creek is an opportunity of a lifetime and well-deserved.

“Casey has been on an upward trajectory since he was part of the GolfRSA Junior Team that won the Toyota Junior Golf World Cup in Japan last year. His determination is commendable and we are really so excited to see him rewarded for all his hard work,” Hepburn said.

“He certainly showed he has the mettle to hold his own among the pros with his top-40 finish in his debut at the SA Open at Randpark last year, but we believe the biggest benefit for our rising stars playing in events of this stature is the knowledge and experience they gain from competing with the professionals in the top echelons of the game.”