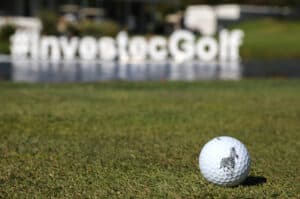 16 May 2022 – Investec is proud to confirm the title sponsorship of The SA Open Championship, one of the DP World Tour co-sanctioned tournaments on the Sunshine Tour and the second oldest national Open in golf after The Open Championship.

First played in 1903, the four-day, globally televised championship will celebrate a field of 156 professionals competing for a significant minimum prize fund of $1.5 million. The 2022 Investec South African Open will be played at Blair Atholl Golf and Equestrian Estate in early December, with a final date to be confirmed.

Peta Dixon, Investec’s head of sponsorships, said of the four-year partnership to the nation’s flagship golf event, “Investec is an organisation firmly rooted in South Africa and, as title sponsor of both South African Opens, we believe we can continue to contribute to a game so many are passionate about. “The most powerful possibilities are human and so it is with great pride that we also announce our commitment to the Sunshine Tour Transformation Class for a three-year period. As the official patron, we will work alongside the Sunshine Tour to help close the gap between young talent becoming professional players, ensuring that, when the time comes, each player is suitably equipped to perform on the professional circuit.”

Investec chief marketing officer, Abey Mokgwatsane, said, “The SA Open Championship is a prestigious tournament, unmatched in South Africa’s golf history, with the best of the best competing for honours. The possibilities that this tournament provides golfers to achieve their full potential at the top tier of their profession is unrivalled.”

Thomas Abt, Commissioner of the Sunshine Tour, said, “The South African Open has distinguished itself as one of the most prized titles in world golf with a legacy of champions which includes some of the greatest names in the game. We are proud to have our national Open associated with a sponsor that exudes the same spirit of excellence and professionalism for which this championship is known, and which adds significantly to the legacy of this great event. Investec’s further support of our Sunshine Tour Transformation Class is an incredible investment on their part in the future potential of South African golf and aligns perfectly with our own vision that Greatness Begins Here on the Sunshine Tour.”

Ben Cowen, DP World Tour Chief Tournament Business Officer, said, “The South African Open has always been a special championship on our international schedule and Investec’s support adds to its great history. The timing of this sponsorship couldn’t be more relevant, with the DP World Tour and Sunshine Tour enhancing our already long-standing relationship with more co-sanctioned tournaments, and we look forward to strengthening this partnership further.” 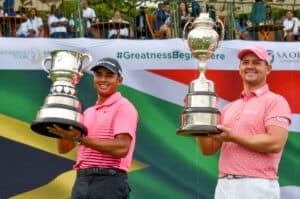 In addition to the professionals who will compete for the $1.5-million purse, five of the country’s leading amateurs will be exempt to vie for the sought-after Freddie Tait Cup, presented to the leading amateur who makes the 36-hole cut.

Grant Hepburn, Chief Executive of GolfRSA, also praised the new sponsorship and Investec’s further commitment to the Sunshine Tour Transformation Class. “The South African Open has an incredible aspirational effect on our golfers who all strive to add their name to this prestigious trophy. Investec’s support of both the pinnacle of our local game as well as the development thereof creates the pathway to success that our programmes around the country seek to keep nurturing, and we are truly grateful for their support.”