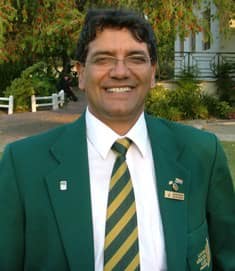 “It is an honour for me to serve amateur golf through the SAGA,” said Hassen after being elected. “I hope to continue the good work of my predecessors as we strive to build the game of golf in South Africa over the next two years.”

Hassen succeeds Neale Kunhardt whose two year term of president of the country’s amateur governing body of the sport terminates, in terms of the SAGA’s constitution.