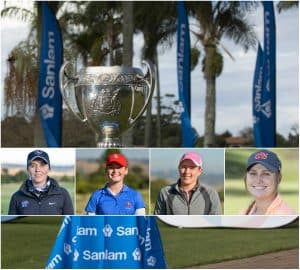 10 July 2018 – Casandra Hall and Kaleigh Telfer are still on track for the elusive South African amateur double after making in through to Wednesday’s semi-finals of the Sanlam SA Women’s Amateur Championship.

Both players had two tough matches on Tuesday for a spot in the final four at Umhlali Country Club.

Reigning SA Women’s Stroke Play champion Hall knocked out Ekurhuleni team-mate Sarah Bouch 4 & 2 in the morning and had to work hard to beat Danielle du Toit from Gauteng North 2 & 1 in the afternoon.

Telfer, the SA Stroke Play champion in 2016, had to rally to get past former Gauteng team-mates Kajal Mistry and Kaiyuree Moodley, but experience got her to the finish line. 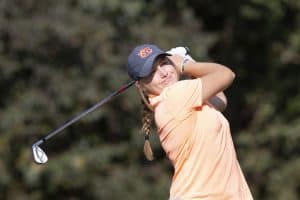 “That was two tough matches,” said Telfer, who is home on her summer break from Auburn University in the United States. “I needed three extra holes to get past Kajal and Kai pushed me all the way to 17. I played a lot of tournaments for Gauteng with both of them, so I knew what to expect.

“Kajal and I were neck-in-neck from start to finish. I made a good par at 18, but she drained a 20-footer for birdie to force the match into extra holes. I was just short of the green at the third and I chipped it close. She gave me the putt, then missed hers to halve.

“After that ding-dong battle, I had another huge fight on my hands against Kai. We halved the first four holes before I won the fifth to go 1-up. She matched me shot for shot and even won the 13th with an eagle against my birdie.

Telfer, who won the match against Moodley on 17, will face Hall in Wednesday morning’s semi-final. 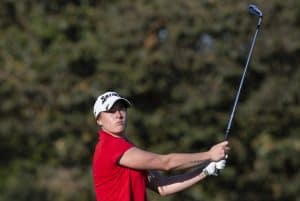 “Cas and I have had a lot of fierce and close battles in IPTs and 72-Hole Team Championships,” said Telfer. “It going to go down the wire, because we will push each other hard.”

Fletcher beat Annalie Swanepoel from Boland 3 & 2 in the morning and downed defending champion Cara Gorlei 2 & 1 in the quarters.

The Maritzburg golfer looked full of confidence against the Boland golfer, but she had to dig deep to beat the Western Province golfer. 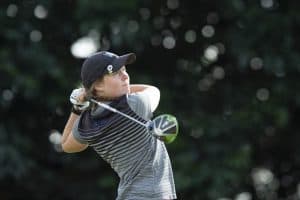 “I was never down against Cara, but it was a very tight match,” said Fletcher. “When either of us won, it was with birdies. I made a string of birdies, but she kept me on a very tight leash and reeled me back time and time again.”
Fletcher has been at the University of Memphis on a golf scholarship for the last four years. She has never met Rothman and also missed last year’s event, where the junior caused quite the stir.

She knocked out Mistry in round two and reached the quarter-finals in her debut at Stellenbosch Golf Club. On Tuesday, the 16-year-old Durbanville golfer beat Kloof’s Brittney-Fay Berger 2 & 1 and sent fellow Western Province junior Kaylah Williams packing 2-up to set a date with Fletcher. 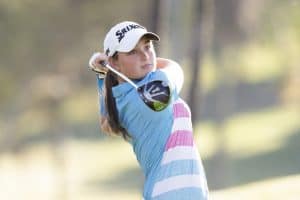 “It’s almost tougher going into battle against an unknown opponent, because you don’t know what to expect,” said Fletcher. “I don’t know anything about Jordan, but I know that if she made it this far, she can play, so I’m preparing for another tough encounter.”

The All-KwaZulu-Natal Plate Division semi-final will feature 15-year-old Senayah Moodliar, who takes on Kim Strauss from Port Shepstone at her home course, and Elsune Roode from Mount Edgecombe who faces the irrepressible Lizzie Currie, also from Port Shepstone, in the second match.