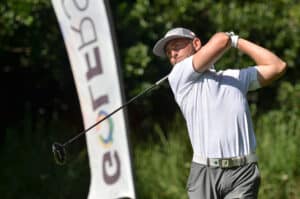 The 20-year-old had eagled one par-4 and three par-5s and fired eight birdies to cruise to victory with a blemish-free 16-under-par 56.

“It’s been quite surreal. I’ve had messages congratulating me from all over the world on WhatApp and Instagram,” said the plus-8 handicapper.

“And the irony is that the round almost didn’t happen. My brother (Johan) said we should go play the competition, but after I called and got us an 11h20 tee time, he changed his mind. Luckily, I didn’t cancel, because at 11h00 he walked into my room and “Let’s go.”

“We literally got to the course with minutes to spare. I ran to the pro shop to pay our fees, while Johan ran to the tee box with our clubs. No warm-up, no stretching – we just pulled clubs out and drove it down the first.

“It will definitely stand out as the best round of my career. Every shot went precisely where I aimed, and my putting was sublime. The score didn’t stand as a new course record, because we played preferred lies, but it was so sweet, nonetheless. I ended up winning the nett competition by just two shots after someone shot 66, but I’ll never say no to some Wimpy vouchers.”

Burke’s career this season has been on an upward trajectory and those who have been keeping a watchful eye would not have been surprised by another low delivery.

After all, the Potch golfer upstaged seasoned professionals in May on the Big Easy Tour Road To The Sunshine Tour #12 when he fired eight birdies and an eagle for a flawless round of 62 in testing conditions in the opening round at Modderfontein Golf Club en route to a breakthrough win on the developmental golf tour. 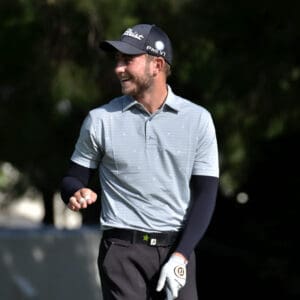 Burke also contended in two of the GolfRSA Big Three events in February, finishing seventh in the SA Stroke Play Championship at Randpark and fourth in the SA Amateur Championship qualifier. When you add runner-up finishes in the Gauteng North Open and Northern Cape Open, and top 10s in three of his other four starts on the GolfRSA circuit, he is certainly coming of age in 2021.

“I blame it all on Covid,” Burke chirped.

“Seriously though, thanks to the hard lockdown due to the pandemic last year, I had the time to sort my swing out and I spent quality time with our squad phycologist (Theo Bezuidenhout). It’s made all the difference to my physical and mental game.”

Burke, who is based at Serengeti Estates, is coached by Grant Veenstra, who also has European Tour winners Christiaan Bezuidenhout, Justin Harding, Dean Burmester and several of Burke’s former and current GolfRSA Squad team-mates in his stable.

“Getting back into tournament golf at the start of the season was tough. I wasn’t trusting the swing changes yet, but when I made a good start in the Gauteng North Open I got a proper confidence boost. The GolfRSA South Africa Swing was a great experience for me. I played really well in two events, which meant playing with the best and I learned an enormous amount in those events.”
Burke said the biggest upswing has been learning to be in contention.

“At the start of the season, Theo and I made this a major goal. I tend to lose focus, so he gave me some tools to help me focus during the round. For instance, when I’m waiting on a tee, I’ll take out my ball out and focus on a red dot for 30 seconds. It definitely helps to centre my focus, and I can tell from my results over the last few months how much I’ve improved.

“We are also working on patience. I came very close on the Big Easy twice and I got frustrated, but he has helped me to break it down. I’m learning to play one shot at a time and to just let it happen.”

Burke is in no hurry to join the pro ranks.

“I’m not ready to take that leap,” he said. “Grant and I talked it over at length. I’m only just starting to play to my potential in the amateur ranks, and I need a lot more experience, especially at international level. One of my goals is to break into the top 5 or 3 of the GolfRSA Open Amateur Rankings, so I can put my name in the hat for international selections. I also want to go on the next GolfRSA National Squad tour to the United Kingdom to compete in some of the major amateur events; hopefully it happens next year. Another goal is to try and qualify for the U.S. Amateur.

“So I am going to play all the counting amateur events, and I’ll continue to build experience on the Big Easy, IGT and Bushveld Tours. A lot of Sunshine Tour pros play on these tours, and they are very competitive, so I believe this is the right course of action for me. There is no point in turning pro and struggling to make a living. You have to take that step when you know you can contend.”

And that’s music to the ears of Burke’s fellow squad mates. 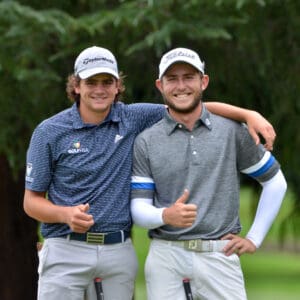 “Burkie is like the best putter on the amateur circuit, so we always turn to him when we struggle,” said former SA Amateur champion Casey Jarvis. “If you spot him watching your putting stroke in practice, you just wave him over and he’ll give you something solid. I was really struggling on the first day of the African Amateur and caught him watching me. He said I was very loopy going back on my stroke and he told me to go a bit more inside. It worked like a dream and I owe him for that win.”

Whether he is leading or trailing, coaching or being coached, Burke is living the dream right now.

“I’ve never been in a better place in my career, and I am working hard to keep this run going for as long as possible,” he said. “We all know we hit dips every now and them, but I’m not anticipating it anymore. If when it does happen, I’ll have the tools, the patience and the self-belief to work through it. It’s all part of the learning curve that will carry me to the next level.”