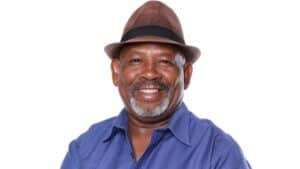 17 June 2021 – We were saddened to learn last night that our GolfRSA Vice-Chairman of the Board, Jabu Mabuza, has passed.

“A charismatic gentleman who exuded kindness & integrity, Jabu was a treasured supporter of GolfRSA & golf at all levels in South Africa,” said GolfRSA CEO Grant Hepburn.

“Jabu was a gentle man with a wonderful sense of humour, but also a formidable leader, who was highly respected for his business acumen and independent leadership. Our heartfelt condolences go out to his wife, Siphiwe, and their three children. He will be sorely missed.”

According to a statement released by his family, Mabuza (63) passed away on Wednesday, South Africa’s Youth Day, following Covid-19 complications.

Mabuza was an integral part of the South African business landscape.

The former president of the South African Black Taxi Association (SABTA), which later founded its own bank, formed FABCOS (Foundation for African Business and Consumer Services), which represents the interests of informal black business, in 1988.

In 1992, he was appointed as group advancement manager at SA Breweries, and four years later he became Southern Sun Gaming’s managing director. In 2006 he took the position as CEO of Tsogo Sun Holdings, and in 2012, he became chairman of Telkom, a position he held for seven years.

Following the merger of Anheuser Busch InBev and SAB Miller in 2018, he became chairman of the beer giant’s African business. He also served as chairperson of the Casino Association of South Africa and the president of Business Unity South Africa, as well as the chairperson of Business Leadership SA, until 2018.

President Cyril Ramaphosa appointed Mabuza as chairperson of Eskom in January 2018, and the following year he replaced Phakamani Hadebe as the CEO. He resigned in October last year.

At the time of his death, Mabuza chaired the boards of Net1 and Sun International, and was the lead independent director at DStv owner MultiChoice.