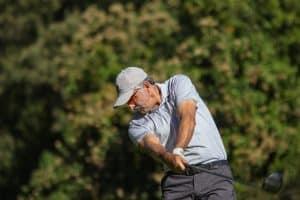 31 May 2018 – GolfRSA announced today that the third Fellowship Cup between South Africa and India will take place in India from 26 to 30 November 2018.

The inaugural Fellowship Cup featured Senior and Mid-Amateur teams from both countries and was hosted by the Indian Golf Union (IGU) at Royal Kolkata. The reverse fixture was played at Leopard Creek in South Africa and featured Senior, Mid-Amateur, Open amateur and Junior (under-19) teams from each country.

“We are extremely pleased to announce the date and selection criteria for this year’s Fellowship Cup, although the 2018 edition will feature a Senior Team and Mid-Amateur Team only” said GolfRSA Chief Executive Officer Grant Hepburn.

“Regrettably it was simply not feasible to include Open Amateur and Junior Teams this year, due to too many schedule conflicts both locally and internationally. However, these sections will both be involved again when we host the IGU in South Africa in 2019.”

“The age categories between the South African Golf Association (SAGA) and the IGU vary, but thanks to productive discussions with the IGU on this matter, the IGU has graciously agreed to use the SAGA age categories to determine the selection of the teams for the 2018 Fellowship Cup,” Taylor said.

“This compromise is hugely important to us, as it permits us to select our teams directly off the SAGA rankings and enables us to reward our top performing players with national colours and international exposure. We are extremely thankful to the IGU for this concession.” 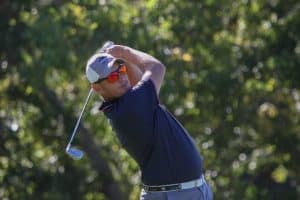 The selection of the Senior Team quartet will happen during the South African Senior Stroke Play Championship at Heron Banks. The team announcement will follow the final round of the event on 19 October.

SAGA Second Vice-President Martin Saaiman and GolfRSA Golf Operations Assistant Manager David Younge will accompany the two teams to India. The venue for the third annual Test will be announced in due course.

Hepburn said the third Fellowship Cup maintains the flourishing partnership with the IGU, which was mediated with the assistance of business man and GolfRSA Chairman of the Board, Johann Rupert.

“The Fellowship Cup Test was born from a friendship between Mr Rupert and Mr Dilip Thomas, a Council Member of the Indian Golf Union, who had a mutual desire to strengthen the golfing ties between the two countries.

“The reciprocating partnership between GolfRSA and the IGU has proven positive and beneficial to both nations. The Test in India provided a platform for our players to showcase their talents on the international stage and vice versa for the visiting Indian players who campaigned at Leopard Creek in August last year. We are extremely excited to see who will make the cut this year and to watch them perform abroad against top opposition.”