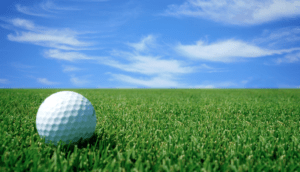 “The zone of contention’, ‘the money zone’, ‘the scoring zone’, are some of descriptions used to sum up the importance of the fringes’ areas around the green for any golfer hoping to return a good score.

‘Anyone’ (this writer being a definite exception) can cover a 550-yard par five with a booming drive and then a 7 iron, finessed in to 8 feet so as to hole out for an eagle three.

However the fringes, from 30 yards in, are the area where the great players thrive.

Some 50 years ago my late father took me to see the late Jock Verwey for him to look over my golf swing. Jock stood on the tee, then sat on a fold-up chair for about 15 minutes on the driving range just watching.

This observation has stayed with me over all my years coaching and playing golf and in a watching as a spectator. Through these years it has proved itself to be true time and again on the biggest playing stage – the top professional tours.

The game’s consistent winners and Majors champions all have strong short games. This is proved not only when they are under pressure in the final round of an event, but during an earlier round or rounds, when they might not have been hitting everything out of the sweet spot.

However, in their being adept in and around the fringes they can scramble a score together by saving shots from around the greens.

A mixed bag of shots will help limit the damage of an ‘off’ day and turn what could have been a disastrous round and which would have taken the player completely out of any sort of contention, into a score that keeps them in the ‘mix’ and in touch with the leaders.

There can be no better illustration of this, in what has become of golf’s most iconic moments from the fringes, in the chip in by Tom Watson from the back of 17th green to set up Watson’s win over Jack Nicklaus in the US Open at Pebble Beach in 1982.

This short shot, and undoubtedly others in earlier rounds, put Tom Watson in the mix to claim one of golf’s biggest prizes.

So in a similar vein, this column will also be a mixed bag and will examine the game’s fringes, not only in playing terms, but also as this applies to the average player and the business of golf and what makes a facility like a golf club or golf estate tick effectively on a commercial level.

The golf analogy can transfer comfortably off course if we look at the booming drive as being the foundations of the score and substitute clubhouse and facilities, the putting as the service delivery comparison and the fringes for the day-to-day operational, marketing, customer relations and related daily challenges that crop up in any golf business.

We shall look at what a club or golf business needs to do to scramble through a downturn (especially in terms of the current economic climate) and come out the other side with a score that keeps the club above water and in the mix.

In this melange, we shall also look at travel on a golf business level where it is sure to be an even more significant part of the regions’ economic future.

However the column will also look at travel from the perspective of the consumer under the loose heading of what’s new, what’s hot and what‘s not’ and our journey will carry on to cover and report on fun events, tournaments and ‘happenings’.

We would like to think of this column as being something of a golfing supermarket on the ‘shelves’ of which, and over the year, we shall be covering a range of items that will appeal to everyone.

I look forward to interacting with you on a monthly basis and exploring and discussing some of the most interesting and topical subjects in the sport we love.