Frittelli is Big 12 Player of the Year 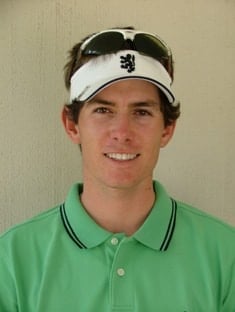 Texas University sophomore (second year student) Dylan Frittelli has been named the 2010 Big 12 Conference Player of the Year for men’s golf it was announced at the end of April. Frittelli, who is a member of Irene Country Club in Gauteng North, was also selected to represent the All-Big 12 team.

This announcement marks the third time that a University of Texas student receives this award since the inception of the Big 12 Conference some fourteen years ago.

The Big 12 Conference is made up of twelve institutions, schools and universities, mainly in central USA, from the states of Colorado, Iowa, Kansas, Missouri, Nebraska, Oklahoma and Texas.

The player of the year award is automatically selected as the highest-ranked individual in the Golfweek/Sagarin performance index following the conference championship.

Frittelli finished tied seventh in the Big 12 Men’s Championship, which was played at Whispering Pines Golf Club, Trinity, Texas which concluded on 25 April 2010. He recorded at 72 hole score of 288, level par, to finish nine shots off the pace.

Frittelli is also a semifinalist for the 2010 Ben Hogan Award as the most outstanding player in college golf, has secured top-10 individual finishes in eight of his 11 events this season, which includes a victory at the National Invitational Tournament in March and four additional top-five finishes.