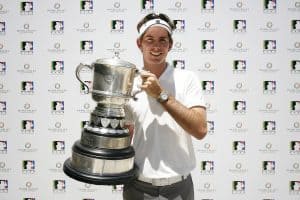 December 2020 – Dylan Frittelli believes so much in the history and tradition of the South African Open that he goes as far as to say he wouldn’t feel his career would be complete without adding his name to the trophy of the second oldest national Open in golf.

“I’ve won on the European Tour and on the PGA Tour, and if I don’t win the South African Open, it’s definitely going to be something that I’ll feel like I haven’t accomplished in my career,” Frittelli said ahead of his appearance in the 110th edition of the national Open at the Gary Player Country Club at Sun City this week.

Frittelli returns to South Africa shortly after his tied fifth finish in The Masters to support the South African Swing of the Sunshine Tour and European Tour, and in particular this tournament which is jointly supported by Nedbank and Sun International. 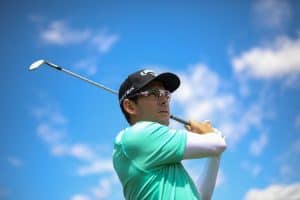 Dylan Frittelli is back on South African fairways this week for the South African Open at the Gary Player Country Club at Sun City. Credit: Carl Fourie/Sunshine Tour.

Frittelli won the Freddie Tait Cup, awarded to the leading amateur after the 36-hole cut, in the 2010 edition at Pearl Valley Golf Estate. He believes the fact that the South African Open is being played at the Gary Player Country Club for the first time in its history gives him one of his best opportunities to join the list of greats who have won this title.

“When I knew it was coming here to Sun City, I thought that was good for me because I’ve done well here in a few Nedbank Golf Challenges. This is also a ball striker’s course which seems to favour me. So I’m really excited.”

After a practice round on Tuesday to acquaint himself with the nines that have been swapped for this year’s tournament, allowing the par-five ninth to serve as the finishing hole this week, Frittelli is even more excited about his chances.

“The course looks really good, and the heat’s going to be a factor this week for sure. My game is feeling good. I got rid of the jetlag last week. I’m healthy and feeling fresh, so I’m really looking forward to this week.”