French likely to be a stern test for South Africa 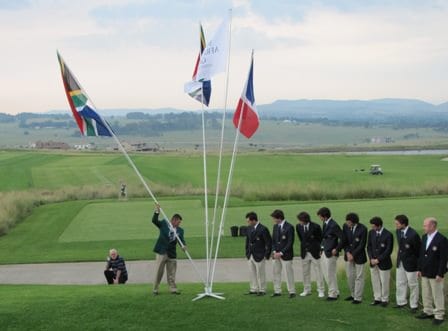 “With four of their top six amateur golfers participating, the French will provide a stern test for our boys over the coming two days,” is how Colin Burger, South African Golf Association President and team manager, summed up the task at hand.

The first day of the test match comprises three foursomes matches followed by six singles. The foursomes commence at 07h00 and the singles from 11h30.

Each match counts for one point. The team recording the highest number of points at the end of the competition will win the test match.

“Our team is ready and prepared,” said Burger. “We are going to have to produce a solid all round performance if we are to recapture the winner’s trophy from the French.”

This contest between two strong golf playing nations is an annual occurrence which alternates between the two countries. Last year the French beat South Africa, however the year prior the local team beat the French in an exciting encounter that went down to the final match.

Friday is the final day of the test match. The teams will play betterball in the morning and singles in the afternoon.