GolfRSA has announced a group of 19 of the country’s most promising amateur male players, including four new caps, who will make up its 2019/20 Golf National Squad.

The National Squad, now in its fourth year, has had tremendous success since its inception in 2016.

Set up from a R10-million donation by businessman and GolfRSA chairman of the board Johann Rupert, the squad provides funding, support, advice, training camps and playing opportunities for the best of South Africa’s young golfing talent.

The ultimate aim is to produce stronger national teams and provide individuals with the best preparation for life as golf professionals. 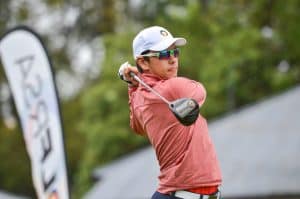 Other victories included Martin Vorster in the Junior Open Championship, Wilco Nienaber in the Amateur Championship Qualifier, Deon Germishuys in the Grandover Junior Amateur in the USA and Christo Lamprecht, who became the youngest winner and first foreign champion in the East of Ireland Amateur Championship.

“South Africa is blessed to have wonderful structures in place, from the clubs to the unions and our teaching professionals, that we consistently produce outstanding amateur golfers,” explained GolfRSA CEO Grant Hepburn.

“Thanks to the generosity of Mr Rupert, we are able to enhance the players’ amateur experiences and opportunities and help our future rising stars perform at the highest level in amateur golf and beyond.

“A similar model exists in women’s golf, with Women’s Golf South Africa running three squads: the GolfRSA Elite Squad comprising the country’s top players; a B-Squad that includes players who have progressed through the Talent Identification Squad camps and a TID Squad, which consists of young players who showed good potential in the previous season. 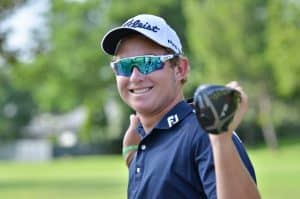 “A good example of this is our National Squad’s annual tour to the United Kingdom, where players are introduced to very different playing conditions and come up against the best amateur golfers in the world.

“It is clear from our results in these international tournaments that South African players are right up there with the very best amateur golfers in the world. By taking part in these events, as well as representing South Africa in other tournaments around the world, we believe that they will develop into better and more complete golfers.”

An important aspect of these National Squads is the development of a team culture amongst the players.

Squad members travel as a team, develop strong bonds and support each other while on tour and at national tournaments. They also receive and follow specialist mental, physical and dietary training from leading industry experts.

While the likes of Rebula, Cole Stevens, Luca Filippi, Matt Saulez and Wilco Nienaber have been part of the squad since its inception, juniors Amilkar Bhana, Christiaan Burke, Kian Rose and Sam Simpson will be joining the squad for the first time. 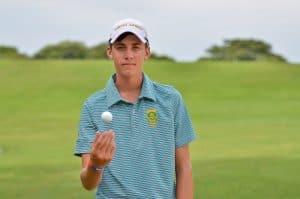 “The average age of the squad is very young,” explained Hepburn,

“Through the excellent groundwork put in by the provincial unions and the clubs, we are able to identify players early and get them into the squad system as soon as we can. The younger players learn about squad culture from the example set by the older players – and in time they too will become role models for the future generations of players.

“We are also acutely aware of the importance of development in our squad and we are pleased that no fewer than eight players of colour, who have earned their places on merit, are included in the setup.”

Since 2016, a total of 51 players have been part of the GolfRSA National Squad, with 18 having gone on to ply their trade as professional golfers.