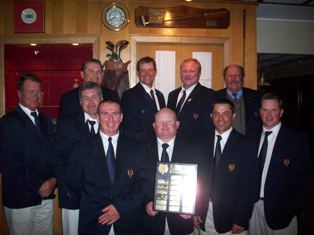 Ekurhuleni, who beat host Union Boland, at the end of the day emerged the winner of the A Section while Mpumalanga comfortably took the B Section honours in the South African Mid Amateur Inter Provincial Tournament.

The five day tournament, which was played at the scenic Worcester Golf Club, in the Breede River valley, concluded on Friday.

Playing in a cool light breeze, Ekurhuleni started the day in the knowledge that only a win against Boland would ensure that they would take A Section trophy home. In the morning foursomes Boland showed signs of making life difficult for the overnight log leaders when they won two of the four foursomes games and halved one. In the afternoon singles Ekurhuleni fought back magnificently winning six of the eight games and in so doing taking the match 7½ to 4½.

Ekurhuleni won the A Section with a total of eight points, one more than defending champions Kwazulu Natal, who won a closely contested match against Western Province, 6½ to 5½. Like Ekurhuleni, Kwazulu Natal fared badly in the morning foursomes losing three of their four games. They too fought back gallantly in the singles winning six games. The only chance they had of successfully defending the title they won last year was for Ekurhuleni to slip up, which was not to be. 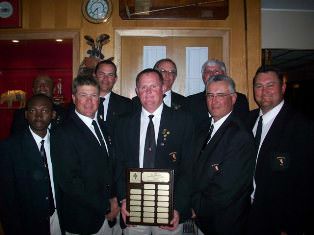 Mpumalanga started Friday’s final round, in their match against North West, in the knowledge that they had an unassailable lead on the B Section Log. The fact that the match ended in a half, both teams winning six games, was immaterial to the outcome of the competition. Mpumalanga ended the tournament on ten points.

Free State and Northern Cape, who beat Limpopo 7½ and 4½, and Southern Cape, who had a final round bye, finished second and third respectively both with eight points.