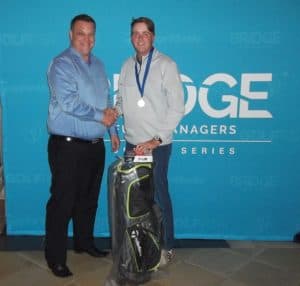 At the end of the 18-event nationwide series, all the Under-19 A-Section winners will compete for two spots in the starting line-up of the prestigious North and South Junior Championship in the United States in 2018.

Nine qualifiers will compete in the Southern and nine in the Northern Regional Finals when the series wraps up next March.

Not surprisingly, the fifth event in the series drew a large field of Southern Cape talent, however, with the Under-19 Heptangular on this week and three spots in the southern bracket already decided, the local challengers came under fire from the cream of Western Province junior golf.

Germishuys scored a two-shot victory with an unchallenged two-under-par 70, courtesy of a birdie barrage on the front nine at Kingswood Golf Estate, while De Groote’s tie for second on even-par 70 with fellow Durbanville junior Sam Simpson earned him the Southern Regional Final spot.

“The wind was pumping on the back nine and I thought I had messed up my chances with a bogey at 17, but I got the automatic spot since Deon and Sam already qualified. Deon won the first event and Sam the third tournament at Strand Golf Club last month.

“This is absolutely brilliant. All three of us will have a chance to play for that spot in the North and South Junior. It’s is one of the highest-rated junior championships in the world. I travelled to the United States once before on holiday, but I never competed over there. I’m definitely going all out in the final. To have a chance to play for the spot is a dream come true.”

Germishuys was equally delighted with his trophy finish in as many months.

The 17-year-old Strand golfer celebrated a welcome return to the winner’s circle more than a year after he clinched the Nomads SA Boys U-19 Stroke Play Championship when he lifted the title in the first Bridge Fund Managers Junior Series tournament at Royal Cape in July. The victory sparked a major provincial breakthrough Germishuys, who cruised to a sensational five shot victory in the Southern Cape Open just three weeks later.

“When I teed it up in the first Bridge Fund Managers Junior Series, it had been 15 months since I won anything outside the Western Province’s local circuit,” said Germishuys.

“My goal was to win the Under-19 A-division to qualify for the Southern Regional Final, but I got a lot more from the tournament than first place. I beat some of the top players in the Western Province and build some really good confidence that I carried into the Southern Cape Open.

“Most of us in grade 11 or sitting matric don’t get enough time on the golf course due to school obligations and this series gives us that extra time to sharpen up our games while playing for a huge incentive. It’s also great for the younger players and the beginners, with the Under-13 Division, as competition is the only way to improve.

“We got a one-two-three finish in the A-Division, Michael Copeman from Steenberg won the B-Section and Robin Visagie from King David Mowbray won the C-Section. Hopefully this is a good omen for Western Province in the U-19 Heptangular at Kingswood.”

The Southern Cape’s youngsters dominated the Under-13 Section, though.

Tiaan Hugo and Ryan Mellville from Oubaai respectively won the Under-13 A Gross on 81 and Net on 68, while Kass Muller from Mossel Bay captured the Under-13 B title with 44 points.

Ian Pautz from Mossel Bay, playing off a five handicap, shot 69 to win the Under-19 Net Competition by one shot from Kingswood’s Kira Kappeler, while Michael Nortje from Oubaai won the B-Division Net with a 71 off a 12 handicap. 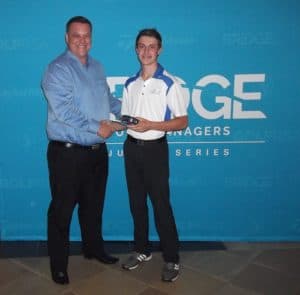 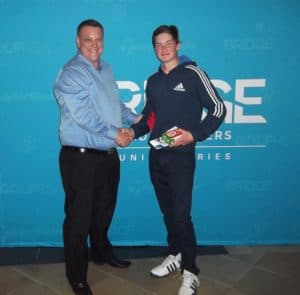 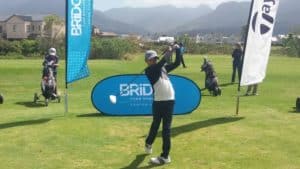 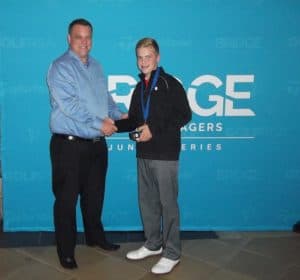 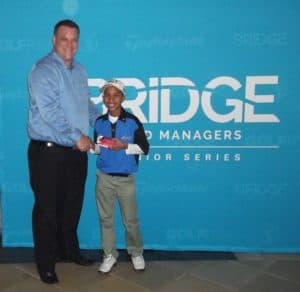