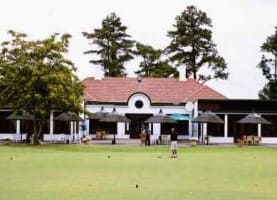 The annual Country Districts and Challenge Inter-Provincial Tournaments (IPTs) started in cool weather this morning and promise to offer fun and competitive weeks for players from all around the country.

The Country Districts IPT is being played at Harrismith Golf Club where 10 teams are taking part in a week filled with fun, tradition and competitive golf.

The Challenge Inter-Provincial is being played at Maccauvlei Golf Club in Veereniging where six teams are taking part. These teams are essentially the unions’ B teams but the golf is still of a high standard as players vie for positions in their first team at the Premier IPT which will be played in Hermanus this year.

The Challenge IPT sees a President’s Team taking part. This team is made up of the top development players available for the week. In past years this team hasn’t faired very well but this year sees a team filled with a lot talent and they should pose a threat to some of the stronger teams in the tournament.