42 Players competed in the Gauteng 21 and under Junior Championship played at Parkview Golf Club today. 17 year-old Connie Chen scored one over par 145 (72, 73) to pick up the championship trophy. Two strokes back was runner-up Johmari Logtenberg on 14 (73, 74) and Jenna Schonnneld scored 149 (74, 75) to finish in third place.

The field included seven new girls, who had never before played in a Gauteng tournament or a Girls Love Golf Day. They are Bridgette Rodrigues (12) from Glendower, Harn-Yunn Huang (17) from Pecanwood, Shawnelle de Lange (22) from Goldfields, Ashleigh Dewberry (26) from Randpark, Hanmarie Bellingan (30) from Krugersdorp, Roni-Lee Thomsen (32) from Southdowns and Sarah Heath (32) from Modderfontein.

21 players competed in the A Division (0-9), 12 in the B Division (10-18) and nine in the C Division (19-32). The youngest player in the field was Rene Joubert from Eagle Canyon who turns 11 in two weeks time, and plays off a 32 handicap. Her father didn’t think she would manage 36 holes, but after 18 holes she was only too delighted to continue after coming in with 34 points in the morning round, finishing with the best score in her three ball.

Ladies Golf Gauteng President Les Rules reports “The full moon was still shining bright on our way to Parkview Golf Club this morning at 6am and the day was slightly overcast once the dawn broke with a very mild breeze. The temperature at that stage was about 8 degrees, rising to 19 degrees by midday. The day remained cool, but provided perfect conditions for juniors from all parts of the country to compete in this 21 and under junior championship. Parkview, as usual, was in immaculate condition.” 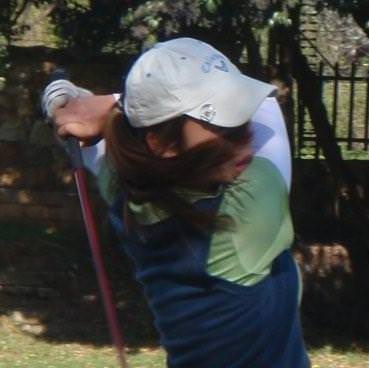 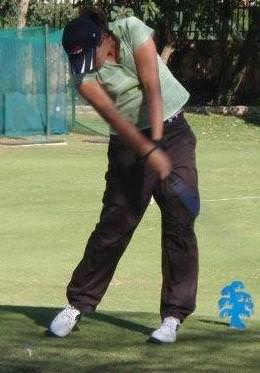