Central Gauteng comfortably beat their neighbours, on the other side of the Jukskei River, Gauteng North, by 8 points to 4 in the fifth and final round and in so doing won the South African Challenge Cup by three points.

The morning foursomes started off misty, as it did for Thursday’s round. However the six teams managed to complete their scheduled matches over the Metropolitan Golf Club 9 hole layout in Cape Town.

Central Gauteng were consistently the best team for the duration of the tournament. The SA Junior team at times looked like they may unsettle the log leaders but seemed to stumble at times when they should not have, when looking at the previous days performances.

This was the case in Friday’s final round, the SA Juniors played the Presidents Team and were surprisingly held to a half, 6 points a piece. The morning foursomes the SA Juniors dominated winning three of the four matches and halving the other.

However the young development team muscled their way through the afternoon singles, recording some most unexpected results, for example Wade Jacobs beat Tristan Strydom 6 and 4. The Presidents Team won four of the singles matches, halved three and only lost one for a remarkable comeback after the drilling they received in the foursomes.

The SA Juniors finished 2nd on the log with seven points with Gauteng North in third on point adrift.

In the only other game host union Western Province beat the SA Universities side 7.5 points to 4.5. 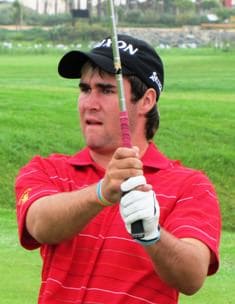 As happens in these team events, the South African Golf Association follows the results of each player per match played. The most valued player is the person who wins the most points for his union. This year Callum Mowatt, of Central Gauteng, emerged as this player. He won all his singles and foursomes, barring one match in the foursomes, which he halved. He scored a remarkable 9.5 points for his Union over five days.