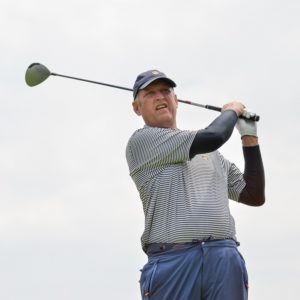 Having beaten KwaZulu-Natal and Eastern Province in the opening matches, Central Gauteng strengthened their position at the top of the A-Division Senior Log with a 10 – 2 result against North West and a 9 – 3 win over Southern Cape.

Taking a clean sweep in the Foursomes, Richard Bruyns, Schalk Naude and Rurik Gobel reeled in three points for Central Gauteng in their Singles against Southern Cape.

Evergreen Jock Wellington halved against Anton Nel, rookie Craig Kamps secured half a point against Johan Marais and Steve Williams and Stephen Johnston – respectively playing at one and two – both halved for another point.

Central Gauteng also started their Singles against North West on the front foot.

Four considerable victories worth eight points and 34.5 games points sees the 2017 champions comfortably in the number one spot in the standings.

Western Province moved to second with five points after beating Gauteng North 7 – 5 and Ekurhuleni 6.5 – 5.5 and 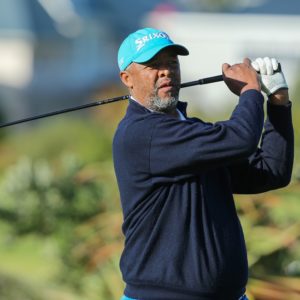 Gauteng North, who also lost 5.5 – 6.5 to Eastern Province, now sits alongside the local favourites in third spot with four points.

The coastal side shares sixth with North West on two points, while Ekurhuleni bookends the log in last spot with zero points.

Gauteng North shot to the top of the pile with a 4 – 2 victory over KwaZulu-Natal. The Daisies leapfrogged Central Gauteng for the number one shot on four points, after Central drew 3-all with Southern Cape. Western Province moved up to third in the log after beating Ekurhuleni 4 – 2.

SENIORS A DIVISION – Round 2