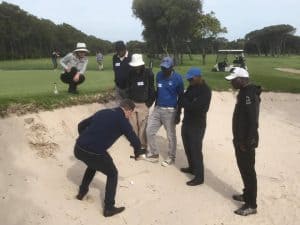 The comments varied from tough and tricky to entertaining and fun, but the caddies who attended the R&A Rules Awareness Session at King David Mowbray Golf Club on Tuesday, 16 October, agreed that one-day event was well-constructed and highly informative.

The course constituted a theoretical session and a practical session and was presented by Conor Finlay from the R&A’s Governance Department and GolfRSA Manager: Operations, Rules and Training Neil Homann.

“When Neil set the date for the first R&A Rules Seminar for 2018, he asked whether they could also host a R&A Rules Awareness Session for caddies,” said King David Mowbray Golf Club Golf Director Cameron Johnston. 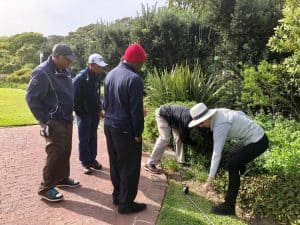 “We thought it was a great idea and sent invitations out to the clubs in the Western Cape and we were delighted with the turnout. It is just as important for the caddies to brush up on the changes to the Rules of Golf seeing as caddies are permitted to give advice to their player with regard information on distances, slope and speed of fairways and putting greens, position of the flagsticks, club selection, type of stroke to be played, line of putts and direction of play.

“The caddies who attended the session thoroughly enjoyed the experience and the practical sessions in particular were very popular. We were happy to hear that GolfRSA is planning another R&A Rules Awareness session for caddies at the George Rules Seminar in November and we applaud Neil and GolfRSA for taking the initiative to include caddies in their Rules Modernisation Seminar.” 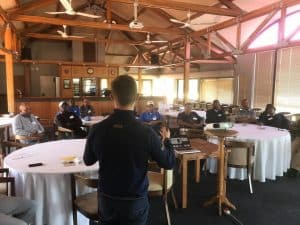 GolfRSA will host the second R&A Rules Seminar at Glendower Golf Club from 20-21 October. For those interested brushing up on the rules changes, there is still time to sign up for seminars scheduled for the rest of the year.

For more information, visit https://www.golfrsa.com/sign-up-now-for-the-ras-rules-modernisation-seminars/ or see the schedule below: