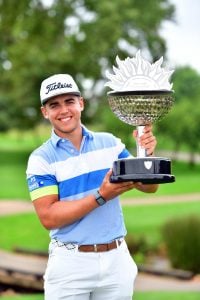 18 December 2020 – The masses may not remember this year the fondest terms, but for a trio of GolfRSA National Squad graduates, 2020 will go down as the year that they announced themselves on the international stage.

Having started the year with his Challenge Tour card, two-time Sunshine Tour winner Garrick Higgo headed over to Europe the moment lockdown restrictions were lifted, hoping that he might get a call up to one of the European Tour events from the reserves list.

Having patiently waited on the sidelines, his opportunity came in the Euram Bank Open in Austria. The 21-year-old rookie shot four rounds in the sixties to claim a tie for sixth. He followed that up with another top 10, in the Northern Ireland Open, before his big breakthrough came as he won the Open de Portgual.

The win not only secured his European Tour status but the De Zalze golfer also pocketed him a handy cheque for almost R1.5 million. A tie for third in the Aphrodite Hills Cyprus Open and a season-ending tie for 14th in the DP World Tour Championship saw Higgo finish the season in 60th spot on the Race to Dubai and break into the top 100 of the official world golf rankings. 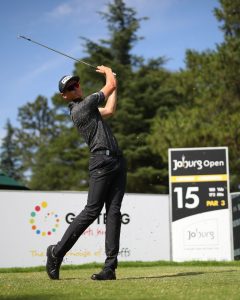 GolfRSA National Squad graduate Wilco Nienaber exploded on to the international stage and rose more than 1000 positions in the 2020 season on the Official World Golf Rankings; credit Sunshine Tour

Former SA no 1 ranked Wilco Nienaber started the year with a bang on the Challenge Tour, so the lockdown could hardly have come at a worse time for the rookie.

The big hitter from Bloemfontein was another who had to sit on the sidelines and await his chance once professional golf relaunched. That opportunity came when John Catlin and his caddie breached Covid-19 protocols and the American was forced to withdraw from The English Championship.

Nienaber took his chance and finished in fourth spot, a result that saw the 2019 SA Stroke Play champion get into the following week’s tournament, where he claimed a share of 22nd. A top 10 in the Andalucia Masters cemented Nienaber’s place in the Order of Merit, before a runner-up finish in the Joburg Open catapulted him into the top 60.

Solid results in the final three events of the season saw Nienaber finish 46th in the Race to Dubai and cash in to the tune of nearly R6.5 million in his first season on the European Tour. Most importantly, Nienaber improved his official world golf ranking position by more than 1000 places – from 1665 to 162!! 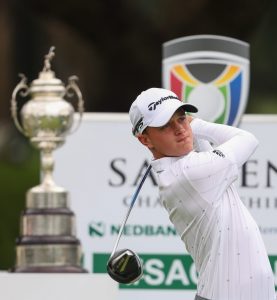 Former SA No 1 and GolfRSA National Squad graduate Jayden Schaper continued where he left off in the amateur ranks and leads the Sunshine Tour Rookie of the Year standings by a landslide.

In just 11 events in his rookie Sunshine Tour season, Jayden Schaper has already recorded four top-10 finishes. Importantly, the 19-year-old has proven that he has the game to compete in the biggest events, as his runner-up finish in the Alfred Dunhill Championship testifies.

Certainly one of the most consistent players about, Schaper has missed only one cut this season and has no glaring weaknesses to his game. He has opened up a yawning gap on the Rookie of the Year Rankings and his maiden professional victory can surely not be too far away, with the European Tour beckoning for the former top-ranked amateur.