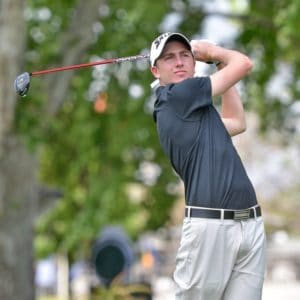 12 December 2017 – Defending champions Central Gauteng bounced back and host union Border rules the B-Division roost after the second round of the South African Under-19 Inter-Provincial in Buffalo City.

After a loss and a draw in round one, Central Gauteng showed just why they can never be written off until the final putt drops.

The eight-man side pushed the reset button, attacked their opponents with renewed vigour and got themselves back into contention at East London Golf Club. The 2016 champions defeated Western Province 8 – 4 and beat Boland 8.5 – 3.5 to move to third in the standings.

They have five points in hand and are within striking distance of first-placed Western Province and Ekurhuleni in second.

Western Province began day two in the top spot with four points and 17.5 games points. The 2014 champions mowed down Boland 9 – 3 to push their tally to six points and 30 games points, but the loss to Central Gauteng could end up costing them dearly.

Ekurhuleni handed KwaZula-Natal a 7.5 – 4.5 drubbing to go three-for-three in starts and wins and lag just eight games points behind the log leaders.

Both teams will have a third round bye. Boland, KwaZulu-Natal and Southern Cape face off in a three-way match, while Central Gauteng go into battle against Gauteng North.

Border gave their fans reason to cheer when they overhauled North West for the lead in the battle for promotion on Tuesday.

The home side made an early charge to lead both teams 3 – 1 in the Foursomes and drove their early advantage home to resounding victories over Free State and Northern Cape.

Border has banked eight points in four matches and a staggering 31.5 games points.

While Border enjoys a well-deserved rest day, North West – with four points from two wins – will look to boost their games point count when they take on Mpumalanga and Northern Cape in a three-way tussle on Wednesday.

Free State routed Northern Cape 8 – 4 and Mpumalanga handed Limpopo a 9 – 3 drubbing to finish the day in the tie for third. Free State faces Eastern Province in round three.