18 of the top 30 ranked SA senior players and 15 of the top juniors teed off in a field of 99 players on Sunday 7 February at Port Elizabeth Golf Club.

Bonita Bredenhann and Alana van Greuning topped the stroke play leader board on one over par 145 (72, 73) to proceed to the sudden death play-off which won won by Bonita on the first play-off hole. One stroke back were top-ranked Kim Williams and Free State’s Lumien Orton. 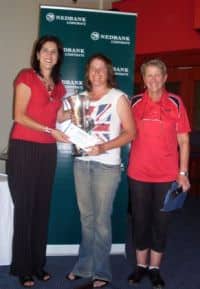 The match play rounds were watched with much anticipation as Tiffany Avern-Taplin, just making the cut at number 16, slowly proceeded up the ladder, first beating the stroke play champion and then played six under to beat Kim Williams.

After her victory over Nicole Becker in the semi-final she played another great round of five under to record a 5/4 victory over WP’s Vanessa Smith. Vanessa recorded wins over Izel Pieters, Lara Weinstein and Pam Hayward on her way to the final.

The B Division match play was won by a new local golfer, Nicole Fourie who only started golf a year ago and now a 10 handicap. And crowd favourite 10 year-old Jamie-Lee Daniels was the C Division champion. 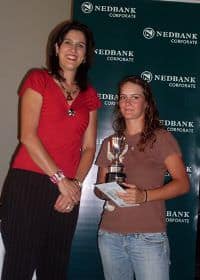 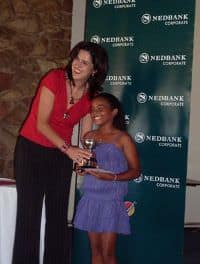