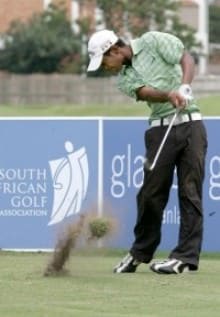 We have made only one change to the team that won the tournament last year,” said team manager Servaas de Kock.

Boland recorded their first ever win in the A Section and will be confident of successfully defending their title, especially as Hermanus Golf Club falls under the auspices of the Boland Golf Union.

“We will go into the tournament confident in the knowledge we have all but one player from our 2007 side,” said team manager Servaas de Kock. “However in this tournament format so much can happen in a short space of time, we have the team but we will also hope the dice falls for us when it is required.”

Provincial neighbours Western Province also have a strong team and are likely to pose the greatest challenge to the title holders. They include two players ranked in the top five places on the current South African Golf Association player rankings, they are Adrian Ford, ranked third, and Cameron Johnston, fifth.

“Traditionally a keen rivalry exists between Boland and Western Province,” said president of the Boland Golf Union, Gerhard Conradie, who also heads up the tournament organising committee. “Particularly as last year, despite winning the title, the only match we lost was to Western Province but that was only after play had been called off due to a thunderstorm,” quipped Conradie.

“We are very proud to be hosting this event for the third time in the club’s history,” said Hermanus Golf Club President Hannes Kleynhans. The SA IPT was played, although the course was different in those days, in 1966 and again in 1972. “We fell under the Western Province in 1972 and they won. Perhaps, now that we fall under Boland, the same will happen to them this year,” joked Kleynhans.

Kwazulu-Natal has entered their team. They finished last in the A Section in 2007 and will have to win the B Section this year if they are to compete in the ‘big league’ in 2009. They will not have things all their own way, especially against a team like Eastern Province who have players like Divan du Piesanie and Lyle Rowe. The former recently won the Eastern Province / Border Stroke Play while Rowe has been campaigning overseas for the last couple of months.

Entries for the tournament close on 18 August 2008.

The B Section teams (in the order the finished last year) are: Kwazulu-Natal, Eastern Province, Mpumalanga, North West Province, Border and Limpopo.

Each team plays the others in their section once. There are eight players to a team, each match is made up of four Foursome matches in the morning and eight singles matches in the afternoon. Each match carries a score of one point, for a win, or half for a match finishing all square. The team scoring more than six points wins the match.

Each Section has a Log. There are two points for a win in each encounter, one point for a match ending tied (6 points each). The province scoring the most points, on conclusion of the tournament, is the winner of their respective Section.