While there are still three teams in it to win it in the A-Section, Eastern Province and Gauteng North continued to plot a course for an almighty showdown for promotion in the B-Section on Friday.

The local favourites claimed their fifth scalp by beating North West 10½ – 1½ while EP held Ekurhuleni to a 6½ – 5½ win and cleaned up 8-4 against Mpumalanga.

Both teams remain unbeaten after five games and are locked at the top of the log at 10 points each, however Gauteng North does enjoy a slight advantage in games count. The home side stands on 41½, while Eastern Province has 39. Both teams will enjoy a fourth round bye to prepare for Friday’s clash.

“I am very pleased with the team’s performance, but more so by their great team spirit,” said EP manager Anton Prinsloo. “They really have shown grit in this year’s competition, especially today.

“Ekurhuleni is a tough team to tackle in singles, but my guys showed a lot of heart to pull through.”

“Today Herman (Minnie) led by example, scoring a 8&7 win with Brandon Stone in the foursomes and a 5&4 win in the singles,” said Few. “Brandon underlined his importance at number one by beating JG Claassen 1-up in the singles and every other guy in the team was there in support.

“Again and again the players have impressed me with their commitment and spirit and I hope it will carry us through against Eastern Province on Friday.” 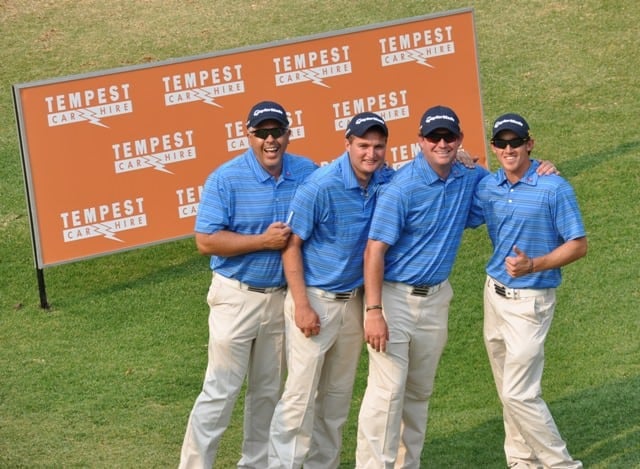 Meanwhile the A-Section log has developed a distinct three-way split.

The Western Province built on a 4-0 lead after the foursomes to hand Free State / Northern Cape a solid 10½ – 1½ drumming that dispatched them to fifth place on the log.

But, while most pundits will look to the Cape side to lift the coveted Jannie le Roux trophy for a 16th time on Friday, Kwazulu-Natal has quietly kept their title defence on track and looks the likeliest to stop the Western Province march.

The defending champions extended their 2½ – 1½ lead after the foursomes to beat Central Gauteng 7-5 for their third successive win.

Although both teams have six points on the log, with three wins apiece, the Western Province leads the games count on 25½ and has a 4½ point advantage over Kwazulu-Natal. The men in black will have to pull out all the stops on Thursday to reduce the gap and keep alive.

Southern Cape, with a win and a loss at the start of the third round, delivered a striking blow to Boland’s campaign.

The A-Section debutants took a 3½ – 1½ lead after the foursomes, but Boland powered their way back into the game in the singles.

Pieter Coetzee gained the first point for Boland, JJ Senekal put another point on the board and Drikus Bruyns beat Nicholas Mitchell 4&3 for their third point.

But Stafie Barnard’s charges wrestled and struggled until they halved four matches and a 5&4 win from Matthew Sutherland secured a 6½ – 5½ victory for Southern Cape that essentially forced the 2007 champions into a relegation battle.