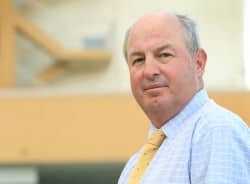 Next year’s championship is scheduled to be played from 1 to 6 March 2009 at Benoni Country Club and the 2010 championship from 28 February to 5 March 2010 at East London Golf Club.

“Amateur golf has produced some exciting golfers over the years,” says Anton Raath, chief executive of Glacier by Sanlam. “We believe that becoming involved at the top end of amateur golf dovetails nicely with what we are aiming to achieve in our business which is focussed at the top end of the market. We hope that our continued support, at this level, will encourage our young, up-and-coming golfers to continue to strive to become world stars, like Ernie Els, Retief Goosen, Trevor Immelman and others.”

The championship was first played in Kimberley in 1892. Going through the list of winners is like the who’s who in South African golf. Previous winners include Bobby Locke, Reg Taylor, Ernie Els, Retief Goosen and Trevor Immelman just to name a few.

The championship commences with a 36 hole stroke play qualifying round. The leading 64 players qualify to play in the match play. The Glacier SA Amateur Champion of the year is the winner of the match play.

“We will include an international flavour next year through the International Teams Event,” explained Hassen. Last year eight countries participated in this competition in which two players to a team participate in the 36 hole stroke play qualifying round. The scores of each player count. “Last year the Welsh team of Nigel Edwards and Craig Evans emerged victorious. We will award national colours to the two players chosen to represent South Africa,” said Enver Hassen.