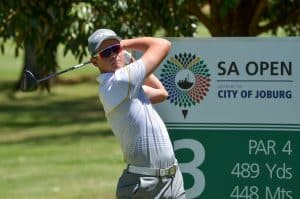 RANDPARK, 5 December 2018 – The South African Open Championship has always enjoyed a rich history of amateur participation and the 2019 tournament at Randpark Golf Club from 6-9 December will once again feature some of South Africa’s most promising amateur talents.

Current number one Wilco Nienaber will spearhead the seven-strong amateur challenge in the prestigious championship, hosted by the City of Johannesburg, and tri-sanctioned for the first time by the European, Asian and Sunshine Tours.

The 18-year-old Nienaber, who bombs his PING driver a massive 320 metres, became the first South African to win the 36-hole Qualifier for The Amateur Championship at Royal Aberdeen in July since qualifying was introduced in 1983.

He was nominated alongside fellow GolfRSA National Squad players Jovan Rebula, Matt Saulez, Deon Germishuys and Christo Lamprecht by the custodians of the SA Open, the South African Golf Association, to fill the five exempt spots in the world’s second oldest national Open.

The other two spots were snapped up in the qualifying round by Centurion amateur Nicholas Frade and 15-year-old GolfRSA National Squad player Yurav Premlall, who will be the youngest starter in the 240-player field at Randpark.

Their incentive will not be a cut of the R17.5-million purse.

The young guns will vie for the esteemed Freddie Tait Cup, which is awarded to the leading amateur, provided he made the 36-hole cut.

Third ranked Saulez from KwaZulu-Natal makes his second appearance alongside 2018 East of Ireland Amateur Open winner and former SA Amateur champion Lamprecht, while fellow Southern Cape golfer Rebula – the 2018 Amateur champion and the highest ranked amateur on the official world amateur golf rankings at 63 in the world – hopes that the third time’s a charm as takes aim at the Freddie Tait Cup.

The incredibly strong international field and the challenging Firethorn and Bushwillow courses will be a stern examination for the amateurs, but Nienaber believes the amateurs are well prepared for the challenge ahead.

“Of course it’s a big moment, especially for the four of us playing for the first time,” said the Grey College graduate.

“The SA Open is the Holy Grail of South African golf and competing in this championship is all we’ve dreamed about since a young age. It could be an overwhelming experience, but the GolfRSA National Squad players have been well prepared for this stage.

“I have no doubt there will be some first round jitters on the first tee, but we were exposed to big events with strong fields in the events we played abroad and given the tools to cope with the mental pressure. Nicholaus is 22 and has played a lot of top events, so I don’t think he will be daunted, either.

“I think that once we all get that first tee shot away, this will be just another tournament where we play to put the best possible score on the board. Everything else will fade away.”

The 2018 English Amateur Open runner-up had a practice round on Monday with European Tour champion and former SA Open champion Brandon Stone.

“When I walked on to the driving range in the morning and stood between the pros hitting balls, I had some butterflies,” said Nienaber. “It was such a cool feeling.

“Playing Firestone with Brandon was awesome. It was the first time I met him. He was very generous and gave my dad and I a lot of advice and valuable tips for the championship and beyond. It was an incredible experience and I feel really settled and comfortable to start the SA Open.”

The amateurs gushed over the condition of the courses.

“Both courses are in the best condition I’ve ever seen,” said Frade. “We played the ProShop Northern Amateur here in March and the rough is definitely up. The greens are running smooth and true, but definitely a lot faster.”

Premlall, who won the Country Club Johannesburg qualifier with a six-under 66, added: “Solid tee shots and good positioning off the tee will be key here this week. The greens are fast and if you don’t time your putts right, you could have some tricky five or six foot returns to save par. I think it’s going to be a seriously good test.”

Saulez was one of three amateurs to make the cut at Glendower last year, and is looking to the week ahead.

“I worked really hard this year to stay in the top five to have another go and I want to make the most of this second chance,” said the Durban Country Club golfer.

“Last year it was a lot to take in, because it was my first exposure to an event of this stature, but I’ve gained an incredible amount of experience this year competing abroad and that will help to keep things in perspective. This year, it’s all about the golf.”