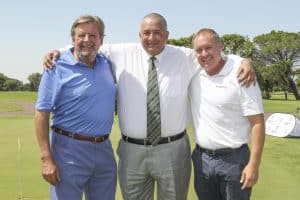 22 February 2019 – The South African Golf Association, in support of GolfRSA, will be guided more than 40 years of experience in golf administration by the three new office bearers for 2019-2020 elected on Tuesday.

He will hold office for the next two years.

Martin Saaiman from Ekurhuleni Golf Union was elected to the position of the Senior Vice-President and Western Province Golf’s Henk Smith as the Junior Vice-President. They will similarly serve for the next 24 months.

Agherdien – the Head of IT Governance, Risk, Security and Compliance at Sanlam – is a past president of Western Province Golf Union and Parow Golf Club, and Vice-President of the Board of the African Golf Confederation and has served the golfing community for 17 years.

Smith has guided golf teams for almost just as long as his 20-year career as an independent insurance broker and he served Western Province Golf at committee level since 2007. 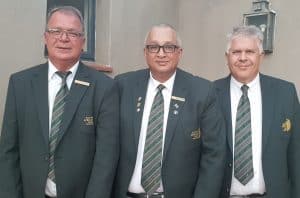 “It is a special honour for me to serve amateur golf through the South African Golf Association and GolfRSA. I am excited at the opportunity to build on the great work of my predecessors and deliver on our objective to grow the game of golf in South Africa,” said Agherdien.

“We have travelled a long road in terms of the establishment of GolfRSA and the trust and approval from the South African Golf Association (SAGA), in particular the SAGA Executive, has been critical in consolidating and accelerating the work we started in 2015.

“We applaud Naadir’s appointment as president and we welcome Martin and Henk to the SAGA Executive. There is a great rapport and understanding within this unit and the GolfRSA Board of Directors will be delighted to continue this relationship going forward.”