With 2020, not even three months old, WHO declared COVID-19 to be a global pandemic. Events, since this announcement, have seen an unprecedented change to everyday life not witnessed since World War II.

At first, it looked as if golf, which is not a mass participation or team sport, might sneak under the radar and somehow remain open for business. This belief was reinforced to some extent, by the fact that its fans, followers and players, certainly in South Africa, generally do not congregate in large numbers. Nor do they squeeze into public transport and small areas in stadiums, which is the norm for participants and followers of games like cricket, rugby and football. In response, many clubs and golf organisations made immediate changes to modify rules and to strengthen the ability for them to deliver an environment conducive to social distancing.

At the time and at random I spoke to Jeff Clause at St Francis Links, Morne Botha at Pecanwood and Ryan Dodds at Avalon in Mauritius, shortly before the first phase lockdown. All of these venues had made proactive efforts to accommodate the new health protocols. These initiatives ranged from having hand sanitiser available from entry gate to the golf cart, with extra supplies available from the course marshals, and on to ride through halfway house services. Players would be allowed to mark their own scorecards, while some venues were considering using a blocker around the base on the pin, which would avoid the need to pick the ball from the cup. Golf carts were to be limited to single occupancy, with the hire charges at pro rata prices.

Social distancing was even taken up by estate residents unprompted. Morne Botha told me that the occupancy levels at the Pecanwood Country Club’s small gym dropped from around 20 to only two people at each morning session, within hours of the pandemic being declared.

However, it soon became clear that governments would want to shut down all types of sporting activities, irrespective of the additional precautions being taken. In addition, none of us had access to our daily fix of sport results, live action, reviews, etc. From everything, we had become accustomed to, we now moved into, and in many cases are still in, an eerie vacuum. Re-runs, ‘best of’ and highlights packages suddenly were the only fare available.

The questions came thick and fast. Would all the Majors be postponed or cancelled? If they were postponed, would there be eight Majors in 2021 and would we date them like the 2020 Olympics, which is now rescheduled for 2021, but still styled as ‘Tokyo 2020’? Would the holders of 2019’s Majors become the longest reigning champions, given the hiatus in scheduling caused by the pandemic? Would Tiger Woods have to defend his 2019 Masters title in its proposed new slot in the autumn of 2020 and have the chance to win the title again within six or so months in 2021?

All of these questions were being asked against the backdrop of a calendar, which some believe is already overfull and with iconic biennial events like the Ryder Cup in the mix.

The trivia mills were also in full flow, so although we now have some live action to follow (at least for the moment!), we can use this time to while away a few pleasant hours, exploring some of these questions, while all of us, who are law abiding, are still under provincial arrest!

In terms of longest reigning champions, none of 2019’s Majors’ winners will qualify for this title. Firstly, there are those who have retained the title for as long or longer periods by performance i.e. multiple consecutive wins, or back-to-back wins of the same Major. These players are then followed by those who held the title for long periods as the result of the intervention of the World Wars 1 and 2.

In the first category, Young Tom Morris won four Open Championships on the bounce for a reign of five calendar years between 1868 and 1872, with the ‘missing’ year being accounted for when there was no Championship played in 1871. As the champion in 1913, Harry Vardon held the Open Championship title by default for six years between 1914 and 1920, while Dick Burton did the same from 1939 until 1946.

My favourite of these however is a nice two-part trick question (with answers), which could win you a few rounds at the 19th! The first question is which Major is still on the current schedule, although its original format has been discontinued? The answer of course is the US PGA Championship, which started out life as a match play event, before switching its scoring format to stroke play in 1957. At the time of writing Brooks Koepka is looking for a ‘three peat’ in this Major, now the first Major of the year in 2020, at Harding Park.

The next question is who, according the context we have established with the previous examples, is the longest holder of any Major championship title? The answer is Lionel Herbert, who won the last version of US PGA in its match play format in 1957. Herbert won the Wannamaker trophy for his efforts, but although he had to return it in 1958 for its presentation to Dow Finsterwald, as the first winner of the event in its new stroke play format, Herbert has now held the match play version of the title for 63 years and counting!

The second is that as if not to be outdone by the players, the Wannamaker trophy has also had an interesting history. Walter Hagen enjoyed a hitherto unmatched run in the USPGA by winning the title four years in a row from 1924 to 1927. In 1926, he did not take the trophy to the tournament and, as the consummate showman, his justification was that he did not intend to surrender it. Hagen went on to win the event for the third time in a row!

However, the same trick misfired in 1928, when Hagen again arrived at the Championship without the trophy, only to be beaten in the quarterfinals. His excuse this time around was that he had ‘lost’ the trophy! It eventually reappeared in 1930 in a box in a storage area at the company, which made Hagen’s golf clubs. A substitute trophy had been made and when the original was recovered, it was ‘retired’ and is still on display at the PGA’s historical centre in Florida.

Still on the subject of ‘runs’, Ben Hogan won the three Majors he played in 1953. The USPGA Championship features as the missing link for Hogan, as it was scheduled on dates, which overlapped with the Open Championship. Therefore, Hogan had to choose to miss one of the year’s Majors and reportedly chose the USPGA, as its match play format, especially in the early rounds, required players to walk up to 36 holes a day. This physical demand was a bridge too far for Hogan, after his near crippling car accident in 1949, following which his doctor doubted that Hogan would ever walk again, let alone play golf.

Tiger Woods famously won all four of the Majors in a row from his dominating win at the US Open in 2000, to his taking the Masters title in 2001. Outside of this unique feat, Woods’ streak in consecutive Majors from the 1999 USPGA is remarkable and reads – 1st, 5th, 1st, 1st, 1st, 1st, culminating in an anti-climactic 12th at the 2001 version of the US Open.

Therefore, while we wait for some return to normality, whatever this might eventually mean, and with time on your hands, take the opportunity to study up on some golfing facts and be ready to amaze and take some cash off your friends, when the 19th holes around the country re-open again! 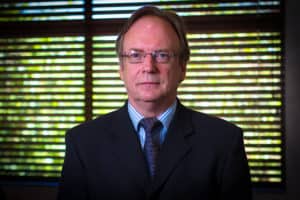