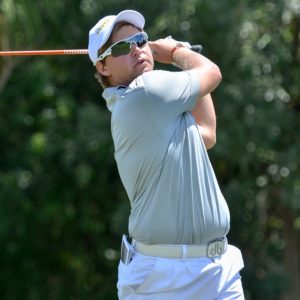 South Africa’s first golf Olympian and world number 128 will lead a four-man amateur challenge into battle in the first event co-sanctioned by the Sunshine Tour, European Tour and Asian Tour staged in South Africa at Randpark Golf Club from Thursday.

The first two rounds of the R16.5-million showpiece – featuring a field of 240 professionals – will be played on the Firethorn and Bushwillow courses and the weekend action will be staged on Firethorn.

“I’m absolutely stoked to be here,” said McClatchie. “It’s such an honour to have the chance to play at this level and I’m excited to play the two courses at Randpark. They are both in great condition and I enjoyed my first look. Can’t wait to get started.”

McClatchie missed the cut in the BMW SA Open and the Joburg Open earlier this year, but described it as four sobering days that left him with a lot to chew on.

“My overall game was solid, but in both events, I let myself down with poor course management,” said the 20-year-old from Ekurhuleni. “That has been a huge priority this season.”

After victories in the North West Open and Western Province Amateur in April and a seven shot triumph on the Big Easy Tour in May, McClatchie toured the United Kingdom with GolfRSA National Squad. Following a tie for 45th in the Irish Amateur and joint fifth in France, the Serengeti golfer claimed a one stroke victory in the English Mens Stroke Play Championship.

“To win my first international event on my birthday was pretty spectacular,” said McClatchie, followed Charl Schwartzel as the fourth South African to lift the prestigious Brabazon Trophy.

“I was in the zone all week. Holding on to the lead in the brutal conditions in the third round was the turning point and in the final round, I just made a lot of good shots. I stayed in the running and birdied the last hole to win by a shot.”

He crossed the Atlantic after a tie for 20th in the St Andrews Links Trophy and edged out 62 other hopefuls in the North Carolina Sectional Qualifier to book his spot in the U.S. Amateur.

“It has been my biggest goal as an amateur to play the U.S. Amateur,” said McClatchie. “With more than 7,000 amateurs around the world trying to qualify, I kept my expectations low and it was a dream come true to tee it up in Los Angeles.

“I was disappointed when I lost my first round match 2 & 1, but to play three rounds of the most prestigious amateur championship in the world was an awesome experience. Coming away I knew where I stood against the best. After I missed out by one shot in First Stage at the European Tour Qualifying School, I know I’m not too far off. That’s really encouraging.”

McClatchie comes into the Joburg Open off the back of five consecutive top 10 finishes on the local amateur circuit and second in the Race to Q-School Germiston on the IGT Challenge Tour. 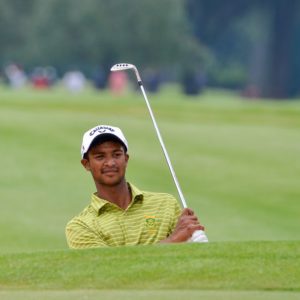 Dylan Naidoo – home on a break from his second year at the University of Arkansas – missed the cut by one stroke in his debut in 2015 and fell two shots shy in 2016. The Central Gauteng amateur hopes that the venue change means third time’s the charm.

“I played a couple of Northern Amateurs at Randpark and I did quite well the last time around,” he said. “I really like both courses. It’s going to be challenging. The fairways have been narrowed on the Firethorn course and the greens are firm. I love the tree-lined design of the Bushwillow. The Joburg Open is very special to me and I’m very grateful to have been given another start.”

Phumlani ‘Wiz’ Maluka is just as excited to make his debut on the big stage.

“I’ve competed on the IGT Challenge Tour, the Mena Tour and the Big Easy this year, but this is huge,” said the Gary Player Class of 2017 member from Thembisa Golf Club.

“It was so awesome to stand on the driving range with pros that I admire. This is a huge opportunity and I just want to make the most of this chance and learn as much as I can.” 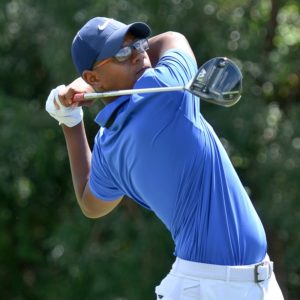 Meanwhile South African-born Robin Williams could be the dark horse to watch this week.

A semi-finalist in the Boys’ Amateur Championship, third in the English Under-16 McGregor Trophy and fifth in the Under-18 Carris Trophy, Williams represented Great Britain and Ireland in the Jacques Leglise Trophy and helped England to victory in the Boys’ Home International.

The 17-year-old from Peterborough impressed on the local amateur circuit earlier this season.

He tied for sixth in the Free State Open, claimed a top 20 finish in the SA Stroke Play Championship and shared seventh in the Curro SA Juniors International.

In March, Williams fired rounds of 70, 73, 71 and 71 at the Firethorn course to tie for 15th in the Northern Amateur Qualifier, but lost to the eventual winner in the second round of the match play.