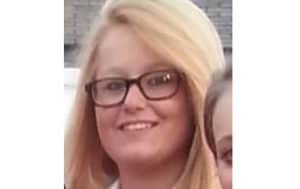 South Africa successfully defended their Africa Zone VI Golf Championship title with another dominating performance in the final round singles at Windhoek Golf and Country Club on Thursday.

The SA team claimed the full eight points on offer after a clean sweep in the first round singles, and took a 2.5 point lead on 15.5 into the final round after winning all four morning foursomes matches, three afternoon fourball matches and halving one fourball in round two.

South Africa continued their winning run with seven single victories and another halve to finish on a total of 23 points. The local heroes finished four points clear of Zimbabwe in second and eight points ahead of the host nation in third place. This marks the 13th time South Africa has lifted the title of Africa’s largest team event since the inaugural it was launched in 2000

South Africa kept their title defence at the Africa Zone VI Golf Championships alive with another commanding performance in Wednesday’s second round at Windhoek Golf and Country Club.

After a clean sweep in the first round singles, the eight-man side cleaned up with four wins in the morning foursomes and added three more victories in the afternoon fourballs. Gerlou Roux and Louis Taylor had to fend off a spirited challenge from their Namibian rivals in the foursomes, but the South African pair hung on to halve their game with P. Barnard and B. Britten to contribute to the team’s 2.5 point lead in the championship.

SA team off to solid start at Africa Zone VI

South Africa got their title defence off with a clean sweep in the first round of the Africa Zone VI Golf Championships at Windhoek Golf and Country Club on Tuesday. All eight players hit a winning note, including new caps Thriston Lawrence from Mpumalanga, Eddie Taylor from Central Gauteng and Southern Cape’s Andrew Light.

The South African team are chasing the country’s 13th victory in the annual African team event since it was launched in 2000. In addition to the defending champions and the host nation, this year’s Africa Zone VI Golf Championships has attracted entries from Malawi, Botswana, Uganda, Kenya, Zimbabwe, Swaziland, Zambia and Mozambique.

Kim Williams, the leading amateur in the first round was playing solidly in the awful conditions on Sunday, and had in fact crept up the leader board on Sunday and was among the top 10 when play was finally suspended. This is her second win of the coveted Jackie Mercer Trophy.

Since the 54-hole event was played at the same venue, the eight-man South African side made good use of their participation in the curtain-raiser to prepare for the upcoming annual African team event. Zander Lombard, the country’s number two ranked player, edged out countryman Louis Taylor in a play-off to lift the overall title, while Taylor and compatriots Gerlou Roux, Tertius van den Berg and Andrew Light all won individual prizes.

Heavy rains and a waterlogged Southbroom golf course resulted in the SA Women's Open being reduced to 36 holes....read more

Gauteng North and North West victorious at SA U23 IPT

Gauteng North was in ascendancy once more as they mowed down Limpopo 11.5 to 0.5 to claim the South African U23 Inter Provincial, while the North West province held off a charging KwaZulu-Natal to claim B-Section promotion at Nelspruit Golf Club on Friday.

Gauteng North held on to their A-Division lead despite a fourth round draw, but the battle for promotion in the B-Division will come down to a titanic battle between North West and KwaZulu-Natal at the South African U23 Inter-Provincial on Friday.

Destined to meet in Friday’s final round, one thing is certain: one team will celebrate promotion, the other will have to nurse their wounds. And it is bound to be an epic battle that will go down to the wire. Both sides have seven points, but North West has just the slightest edge - half a game point for the lead on 30.5 games to 30.

WP moves on day three of SA U23 IPT

Western Province defeated Southern Cape to edge into third place as Gauteng North strengthened their position at the top of the A-Section log in Wednesday’s third round of the South African U23 Inter-Provincial at Nelspruit Golf Club.

Province and Southern Cape were squared at 2-all after the foursomes, but halves from AB Price and Robert Bougas and victories Marlon Swarts, Josh de Klerk, Ian Snyman and Alex Jordon handed Province a 7-5 victory.

Gauteng North edges ahead at SA U23 IPT

A second successive victory on day two of the South African U23 Inter-Provincial put Gauteng North in pole position and a one point clear over their nearest challengers, Ekurhuleni, at Nelspruit Golf Club.

The Gauteng North side defeated the Western Province 8.5 – 3.5 in round one and followed their success with a 6.5 – 5.5 victory over Southern Cape on Tuesday

Ekurhuleni caused the first major upset at this year’s South African U23 Inter-Provincial when they defeated defending champions Central Gauteng in the first round played at Nelspruit Golf Club on Monday. Although the two teams were level at 2-all after the foursomes, the Ekurhuleni side took control in the singles, winning five of the eight games to beat their opponents 7-5.

The last three holes of the Nomads SA Girls Rose Bowl produced a nail-biting finish, with young Catherine Lau standing at the 18th green waiting to see what the final group would produce…. read more

The optimism that 15-year-old Eleonora Galletti felt standing on the first tee at Pretoria Country Club on a sunbathed Sunday morning was rewarded when she took the first round lead in the Sanlam South African Women’s Amateur Stroke Play Championship.

South Africa’s Haydn Porteous delivered another commanding performance in George to claim his fifth stroke play title this season at the Cape Province Open on Sunday. The country’s number one ranked amateur was in blistering form, carding rounds of 65-70-71-67 at George Golf Club and Kingswood Country Club for a winning total of 15-under-par 273.

Last year’s winner Nobuhle Dlamini will not give up her title easily.